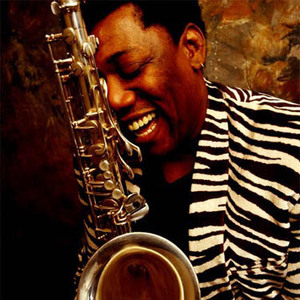 Clarence Clemons (born January 11, 1942 ? died June 18, 2011) was an American musician, best known as the saxophonist in Bruce Springsteen's E Street Band. Clemons was born in Norfolk, Virginia. Known as "The Big Man", Clemons played with Springsteen from 1973 to his death in 2011; his sax parts were an easily recognized feature of the E Street sound, with the most famous being his long, elegiac solo during the song "Jungleland.

Clemons was born in Norfolk, Virginia. Known as "The Big Man", Clemons played with Springsteen from 1973 to his death in 2011; his sax parts were an easily recognized feature of the E Street sound, with the most famous being his long, elegiac solo during the song "Jungleland." With the band Clemons plays mostly tenor saxophone, but has also occasionally played soprano and baritone saxophone. He also plays various percussion instruments during songs that do not have a saxophone part.

In addition, Clemons had a larger-than-life persona within the band; he served as a visual foil to Springsteen during concerts (as well as on the Born to Run foldout album cover) and as the crowd favorite is always the last player mentioned during band introductions, usually after a lavish, over-the-top build-up from Springsteen.

In addition to his E Street Band work, Clemons had recorded with many other artists and had a number of musical projects on his own. The best known of these were his 1985 vocal duet with Jackson Browne on the hit single "You're a Friend of Mine", and his saxophone work on Aretha Franklin's 1985 hit single "Freeway of Love". In the mid-1990s, he recorded a Japan-only CD release called Aja and the Big Man "Get it On" (on the now-defunct Dream Train Records) with singer/songwriter Aja Kim (formerly of the tribute band The Iron Maidens). In the 2000s Clemons had worked with a group called The Temple of Soul, and had also recorded with philanthropic teen band Creation. During the 1980s Clemons owned a Red Bank, New Jersey nightclub called Big Man's West.

Clemons was raised in Norfolk County, Virginia. He attended Maryland State College (now the University of Maryland, Eastern Shore) on a football athletic scholarship ? he was a lineman with professional football aspirations until an injury derailed his sports career.

Clemons appeared in several movies and on television making his debut in Martin Scorsese's 1977 musical, "New York, New York" in which he played a trumpet player. He can be seen as one of the Three Most Important People In The World in the 1989 film Bill and Ted's Excellent Adventure. In 1985, Clemons was a special guest star in Diff'rent Strokes episode 8x10 "So You Want to Be a Rock Star", in which he played the role of Mr. Kingsley, a young saxophonist player helping Arnold Jackson to learn to play his sax. He has also been a guest voice in an episode of The Simpsons. He also played the role of Jack in Swing starring opposite Lisa Stansfield and Hugo Speer, directed by Nick Mead. He appeared alongside Michael McKean and David Bowie as a miner in one episode of musician Weird Al Yankovic's children's television show The Weird Al Show. He appeared in an episode of Damon Wayans' television show, My Wife And Kids as a musician and performed an original composition, co written with bassist, Lynn Woolever, called "One Shadow In The Sun". Clemons twice appeared as a Baltimore youth-program organizer in HBO's crime drama The Wire.

Clemons died on June 18, 2011 from complications of a stroke he had several days earlier.