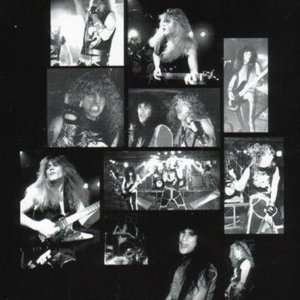 There are 5 bands named Cities: 1. an indie rock band, 2. A Massachusetts metal/grindcore band 3. a Canadian Hardcore Rock band, 4. an American-style powermetal band, 5. an indie/alternative piano influenced rock band out of New Jersey. 1. Cities is an indie rock band from the Chapel Hill scene. They formed in 2005 and the current lineup is Josh Nowlan [vocal/guitar], Robbie Mackey , Jeremy Paschall and Joey Ingram . They released their self-titled debut album in Spring 2006 on Yep Roc records.

1. Cities is an indie rock band from the Chapel Hill scene. They formed in 2005 and the current lineup is Josh Nowlan [vocal/guitar], Robbie Mackey [guitar], Jeremy Paschall [bass] and Joey Ingram [drums]. They released their self-titled debut album in Spring 2006 on Yep Roc records.

2. Cities in an unsigned post-hardcore band from Florida, they have recorded 3 demo songs so far of which one features Oceana's singer Brennan Taulbee.


3. Cities is a metal/grindcore band from Billerica MA. They played their first show in August of 2004, and had a non-stop rollercoaster ride until their untimely break-up in August of 2005.

In that short time they released a 5 song demo, played shows all over New England, New York, and New Jersey, and changed the scene in Billerica as we know it.

There are live versions of many of the songs floating on the internet, hopefully which will be released on a discography someday.

4. Cities is a rock/hardcore band from Bracebridge ON, Canada. They played their first show in April 4th of 2007 at a high school coffee house only playing covers of their favorite and most inspiring bands.

Cities released an unfinished recording taken off of an mp3 player called, "Drunk is an Understatement". And fans are waiting a properly recorded EP later this year. They are surely beginning a non-stop roller coaster ride for the rest of their existence as a band.

You can listen to them here:
www.myspace.com/cities

6. Cities is an alternative rock band with ambient verses and energetic choruses throughout their songs, also utilizing pianos and synthesizers. They are currently recording a 5 song demo.


CITIES
BIO
JEREMY PASCHALL (plays bass)
JOSH NOWLAN
(sings and plays guitar)
ROBBIE MACKEY (plays guitar)
JOEY INGRAM (plays drums)
Frigid and icy, the winter of 2004 gave birth to a band by the name of CITIES. Conceived in a marvelously heated practice
room in Chapel Hill, NC's GO! Studios - brought up in grimy NC rock clubs like the Cat's Cradle, Local 506 and Kings
Barcade - the group formed after UNC student, and classically trained musician, Josh Nowlan met a few like-minded music fans
named Robbie Mackey and Jeremy Pashcall.
After arguing over their favorite bands and discussing their appreciation for musical-restraint and macabre indie rock, a just-forfun
project had begun. Drummer Joey Ingram, whom Josh had known since high school, was stationed in nearby Greensboro,
NC, and after his percussion services were enlisted a mere month later, the band's official lineup was set.
As they began writing, the confluence of Nowlan's classical training, Mackey's originality, and Paschall and Ingram's punk and
hardcore pedigree produced a crisp, bombastic form of indie rock. A steadfast appreciation for the music of their youth found
itself coupled with a conscious decision to turn their sound away from the feverish and aggressive aesthetic they'd grown up on.
Deeply impassioned, without coming off as ham fisted and oafish, the music was epic, yet controlled, insistent, yet decidedly
serene.
Sharing the stage with such acts as Engine Down, Clap Your Hands Say Yeah, I Love You But I've Chosen Darkness,
Thunderbirds are Now!, We are Scientists and Unwed Sailor, Cities quickly fine-tuned their brilliant live show and - on the
strength of a meager demo, recorded in two days with the consummate Nick Petersen (Dillinger Escape Plan, Bellafea) -
garnered the attention of powerhouse indie label, Yep Roc Records. After debuting their somber rock to wider audiences at the
CMJ music festival in NYC, Cities entered the swank home-studio of Brian Paulson (Beck, Slint, Superchunk) to record their selftitled
debut Yep Roc full-length in the fall 2005.
The self-titled debut is completed, and will street this April 18th, 2006. The release will come on the heels of the band's '06
SXSW appearances (Yep Roc showcase, Fader Magazine party, and the Yep Roc/HARP Magazine/KEXP day party), so be
sure to catch them in Austin if you're in town.
Look for Cities in 2006, on the road in support of their debut release.