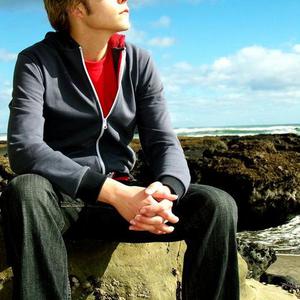 Cire is guitar-driven, intelligent rock. The contemplative vocals of creator Eric Johanson often explore philosophical and scientific worldviews stemming from his interest in evolutionary psychology, philosophy, and politics. Cire has recently released its third album, Wholesale Buyout (2006), a download-only release. Started in New Orleans by artist/producer Eric Johanson, Cire's musical influences range from industrial to blues, but the sound would generally be classified an original species of rock.

Started in New Orleans by artist/producer Eric Johanson, Cire's musical influences range from industrial to blues, but the sound would generally be classified an original species of rock. Though Cire's music features intense melodic compositions and musicianship, the lyrical content is, to many, just as important.

In 2005, drummer Chris O'Guinn joined Cire, and brought a new level of energy and excitement to the project. Over the spring and summer of that year, Eric and Chris would spend much of their time rehearsing and developing new ideas while searching for the right bassist to complete the live show.

Then, in August 2005, Hurricane Katrina hit. Eric's uninsured apartment/studio was completely destroyed in the flood. Like many New Orleans residents, they were both displaced for months, unable to do anything with the band. Around this time it became clear that Eric would soon be starting his life over far away from the US, taking sanctuary in the rainforests of New Zealand.

The two bandmates decided to make the best of the time they had left together. Stranded, broke, and unable to tour, they dropped the search for a live bassist and set upon recording some of the ideas they'd been developing back in New Orleans. The outcome of this would be Wholesale Buyout, a work full of unapologetic lyrics and devastating musical arrangements.

Pleasure Is Our Enemy