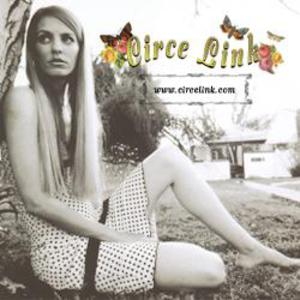 Circe Link will entice, delight and treat you to a sound she says comes form her ?cosmic radio station?. A native of Los Angeles, Circe was a self-taught fine artist before waking one morning from a dream with a song in her head. She had never written a song before but she penned three songs that day and discovered a new artistic medium. Originally calling her music Cowboy Jazz, Circe soon found there was so much more to her eclectic style that no moniker could suffice.

Originally calling her music Cowboy Jazz, Circe soon found there was so much more to her eclectic style that no moniker could suffice. This unusual songwriting chanteuse has influences ranging from Bob Wills to Bowie, from Patti Page to Patty Smith ? essentially from Abba to Zappa and everything in between.

These influences have yielded her a collection of songs that are at once charming and familiar, quirky and strange, often leaving melodies to permeate ones head for the remainder of the day.

With 6 studio records and over 70 songs in her catalog, an Amoeba Records Homegrown Artist pick, the #1 spot in Jazz on Garageband.com for over two years, a Clear Channel ?Emerging Artists? pick, film and TV placements including ?Blades of Glory? and ?The Hills Have Eyes? and a successful tour in Japan, Circe has proven her strengths and success as one of L.A.'s most loved independent artists.

Currently, Circe is working on two new records, writing a rock musical with her long time partner Christian Nesmith, and compiling a digital collection of her poetry.

Whatever project she may be working on, turning on and tuning into her ethereal muse makes Circe Link one of the most prolific and creative artists of our day.

One Drop of Poison