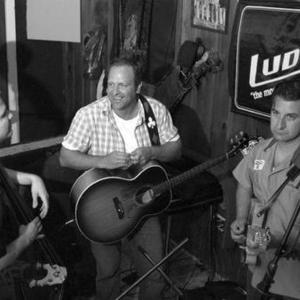 Cigar Store Indians is a alternative country-rock band from Crabapple, Georgia. The band formed in the summer of 1991 when singer/songwriter Ben Friedman and lead guitar player Jimmy Lavender began to jam together as both shared a love for the 1950's rock/country sound or what's known as rockabilly music. In 1995, after developing a large fan base in and around Atlanta, Ga., the band was offered their first recording contract on Landslide Records. Constant touring and memorable songs landed the self titled first release to #3 on the Gavin Americana Charts.

Highlights include an extended tour with the Squirrel Nut Zippers. El Baile De La Cobra was the band's second release and it rose to #10 on the Gavin Americana Charts. Guestlist, a live recording found on Overall Records gave listeners a chance to sit in on a CSI live set from Smith's Olde Bar and Eddie's Attic both local Atlanta music mainstay clubs. Their last album was Built of Stone, again released on Overall Records. At present the band has been on hiatus. No word as to whether they will ever play again. The band members that toured together the longest are listed below.

Jeff Sprayberry was a fairly new addition to the band, after the departure of Jim "Low-note" Lavender at the end of 2003. Barrie has been with the band since just after the release of El Baile De La Cobra.
Friedman writes the majority of the band's material, although they do mix in a few covers. Johnny Cash's Ring of Fire is among their best-received remakes.

They toured extensively, primarily in the Southern United States, but have toured Europe as well. They've also played in Jamaica.