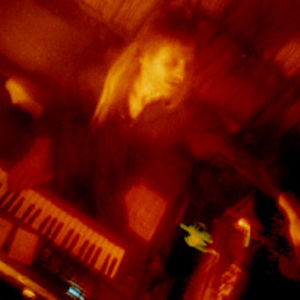 Best known as host of STAR'S END (the renowned radio program of spacemusic dreamscapes) and as coordinator of the Gatherings (Philadelphia's premiere concert series of innovative music), Chuck van Zyl has also been making his own unique style of electronic music since 1985. However profoundly inspired by the electronic spacemusic of the mid '70s, it was ultimately through the mentoring of Nightcrawlers founder Peter Gulch that van Zyl put together a home studio and began producing his own music.

This lead to the release of a series of audio cassettes and eventually to performing live concerts with Xisle and more recently with The Ministry of Inside Things.

During the mid-90's Centaur Discs of Scotland released Celestial Mechanics and The Relic. These albums compiled many of van Zyl's Synkronos cassette releases onto compact discs. In autumn of 1994 Synkronos Music released Regeneration Mode, the famous collaboration between van Zyl and Peter Gulch. Following the release, the duo travelled to Sheffield England to perform live as part of the 1995 EMMA Festival.

On his unique position in the spacemusic community, van Zyl muses on how his role of communicator can intertwine with that of artist, "My music is an interesting facet in all of this - I'm in the rare position of being responsible for delivering the message and often responsible for the actual content of the message as well".

At present, van Zyl continues to plot and execute the weekly broadcasts of the STAR'S END radio program, plan and produce events in the Gatherings concert series, realize original works in his electronic music studio and play live concerts with his friend Art Cohen with their group The Ministry of Inside Things. van Zyl also writes reviews and artist profiles for the STAR'S END website as well as archives images and audience comments for the Gatherings website.