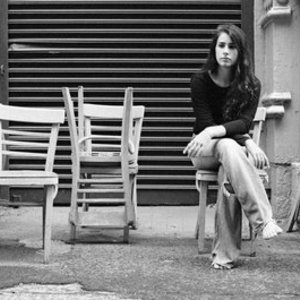 When Christina Courtin first met revered studio musician Greg Cohen, the former Tom Waits sideman and top-tier jazz bassist asked her where she was from. ?Buffalo,? Courtin replied. ?Of course,? smiled Cohen. ?That makes perfect sense. So many of the greatest musicians I know are from Buffalo.? Courtin, who grew up in Williamsville (near Buffalo) and cut her musical teeth playing in various garage and high school bands in the area, was a little taken aback, but not particularly surprised.

?Buffalo,? Courtin replied. ?Of course,? smiled Cohen. ?That makes perfect sense. So many of the greatest musicians I know are from Buffalo.?

Courtin, who grew up in Williamsville (near Buffalo) and cut her musical teeth playing in various garage and high school bands in the area, was a little taken aback, but not particularly surprised. Cohen, one of her musical idols, and a musician who would have an indelible impact on her recently released self-titled Nonesuch Records debut, had simply reinforced a long-held belief. ?Musicians know that Buffalo is a happening place, musically speaking,? she says. ?Everyone else might not. But musicians always know.?

That sense of musical ?knowing? is something Courtin has actively courted for ?pretty much [her] entire life.?

A recent graduate of the prestigious Julliard School of Music, Courtin began playing violin at the age of 3. She was concert-mistress of the Greater Buffalo Youth Orchestra her final years of high school and played the third movement of the Mendelssohn Violin Concerto with the Buffalo Philharmonic Orchestra her senior year. While a student at Juilliard, she had earned gigs performing as a sideman with the likes of Yo-Yo Ma, soprano Dawn Upshaw and Argentine composer Osvaldo Golijov.

All the while, Courtin clung to her passion for singing, putting together a working band of New York City musicians to perform and record her songs in and around the city. All of this might suggest that Courtin was living a double life. Traditionally, classical music and pop rock do not intermingle, at least at the academic level.

But Courtin was buying none of this inherited segregation. For her, ?good music is good music, whatever it's called,? and there was absolutely no reason for her to resist the temptation to put her considerable training to work on the construction of lithe, sophisticated pop songs. Fittingly, it was a gig supporting Yo-Yo Ma inside New York City's Carnegie Hall that led to Courtin's eventual signing with the elite boutique label Nonesuch ? home to artists as diverse as Wilco, Emmylou Harris, Sam Phillips and many others.

Based on a buzz generated by her live shows ? during which Courtin is, as she describes it, ?pretty intense and in-your-face, for better or worse? ? Courtin's name was being bandied about in boardrooms and bars from one side of Manhattan to the other. A sort of bidding war ensued, but when the folks at Nonesuch made their offer, Courtin quickly forgot about the competition.

?I remember sitting there and being absolutely stunned when they offered me the deal,? she laughs. ?I was like, ?Um, are you sure? I mean, are you guys for real?'? Because I'd always been cautiously optimistic about this sort of thing, as a way to, you know, protect myself from getting my hopes way up only to have them crushed. But they were for real, as it turns out.?

The new album makes it plain just what the Nonesuch executives heard in Courtin. Like so many of the best records of its type ? Joni Mitchell's midperiod efforts come to mind, as does Norah Jones' debut ? ?Christina Courtin? works its magic on the listener subversively, and over time.

It's lush, often beautiful and is marked by the sophisticated chord voicings and arrangements common to ornate jazz compositions. It is stunningly recorded, by Courtin with her longtime collaborator Ryan Scott and the more recent Courtin convert Cohen.

As tasteful and deeply musical as the contributions of session musicians like Cohen, Jon Brion, Greg Leisz, Benmont Tench and Jim Keltner are, it is Courtin herself who relays the album's most incisive charms.

Her voice ? an instrument that, according to the New York Times, ?feels uniquely otherworldly, as if it couldn't be entirely human born? ? can lull the listener toward a euphoric state, like a siren luring a ship toward the rocks; at the next moment, that voice can unnerve, so fearless is its desire to embrace the spontaneity of the moment.

Though Courtin's ability to straddle the classical/pop fence makes her a bit of an anomaly when contrasted to today's ?anyone can be a star? mentality, she feels that her classical training has only made her stronger, allowing her to come closer to the core of spontaneous creativity.

?I just don't buy the notion that learning how music works, and studying the greatest music there is, will somehow rob you of your ability to be spontaneous and in-the-moment,? she says. ?As far as I'm concerned, if you can do something, then you can do it. It's all about being open to what the music has to teach you.?

Excerpted from an article in the Buffalo News, with some slight edits: August 2010 by Jeff Miers: jmiers@buffnews.com