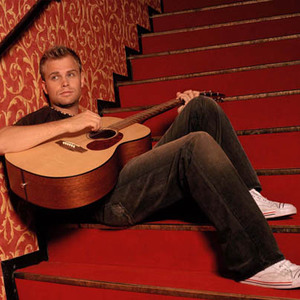 Christian Ingebrigtsen is one of Norway's most successful artists. The former member of a1 has already traveled the world with hits like: Everytime, Caught in the middle, Take on me, Same old brand new you, Be the first to believe, Summertime of our lives and many others. When Columbia Records signed a1 in early 1999, it was one of the biggest deals in the record company's history, leading to eight UK Top 10 singles (Including two number 1's), consistent top 3 entries all over Asia and Europe, numerous gold and platinum awards and millions of album sales.

A1 has won international MTV Awards, two ?Best Video? awards (TV Hits & Smash Hits) and the prestigious Brit Award (The UK ?Grammy?) for Best British Newcomer in 2001, establishing themselves in the front ranks of original and creative pop music.

Christian recently embarked on his solo career, and already he's reached the number one spot twice in his home country, Norway. ?In love with an angel?, written by Christian and sung as a duet with Norwegian singer Maria Arredondo, became his first number one hit without a1. Just a few months later, Things are gonna change went straight in to the number one spot, too, proving that Christian definitely isn't a ?one-hit-wonder?!
Born in 1977, Christian grew up in Siggerud outside Oslo, Norway. His father, Stein Ingebrigtsen, was one of Norway's most successful artists during the 70's, and sold more than one million records in Scandinavia and Europe. Naturally, music became an important part of Christian's life. He went on his very first tour at the age of three! Although he spent most of his time just looking out from behind the drum-kit that year, soon he would develop his talents for playing and performing.
He started taking violin lessons at the age of six, then went on to piano and guitar, and chose to study music and drama in high school. Soon he would play piano concerts in churches and for various functions in his local area. But it wasn't until he was 16, that he started writing his first songs. He studied in Kentucky, USA for one year, where he took part in musicals, talent shows and concerts. His talents and love for performing impressed those around him so much, that he was given the highest honor awarded by the state: the title "Kentucky Colonel" by the governor in 1995 - a title Christian shares with such distinguished leaders as President Lyndon B. Johnson, Sir Winston Churchill, and entertainers such as Bing Crosby and Red Skelton!

He continued his classical piano training, as well as developing his skills as a composer, until in 1997; Christian was accepted among very few Norwegians, to study at Liverpool Institute for Performing Arts. The school is also known as the Paul McCartney fame-school. In his first year of studying song writing and production, a teacher at LIPA recommended Christian to manager Tim Byrne, who was looking for talents to work with. Christian met Tim and within a few moments Byrne was convinced that Christian was the right man for his next project. Together with three other talented young men (Ben Adams, Mark Read and Paul Marazzi) they developed and formed the group a1.

Today, Christian is writing and recording his new solo album, with which he aims to take his music to even wider audiences throughout the world. Previously, Christian has worked with great writers and producers such as Mike Hedges (U2, Manic Street Preachers, Travis), Eric Foster White (Madonna, Mariah Carey, Britney Spears), Chris Porter (George Michael, Take That), Mark Taylor and Brian Rowling (Cher, Enrique Iglesias), Peter Cunnah, (D:ream), Steve Mac (Westlife), Espen Lind and Amund Bj?rklund at Espionage (Kym Marsh, Maria Arredondo), Craig Hardy (Holly Valance, Samantha Mumba, Lemar), Rick Mitra (LULU, a1), and Bj?rn Erik Pedersen (Trine Rein, Maria Arredondo). On this new record, Christian is collaborating with such hit producers as Chris Neil (Celine Dion, Cher, Mike and the Mechanics) and Douglas Carr (Meja, Ace of Base), as well as producing himself. He hopes to have the album recorded by the end of this summer.

Having led the entire team in every aspect of the creation of this album, Christian feels this will be a product that represents him well, and that he is immensely proud of. It's an exciting time for him, as the first chapters in a new era of his life are being written.

Christian and his good friends in a1 was re-united summer 2009 in Norway. They performed several of their hits on Norwegian TV2's "Allsang p? grensen" and has lots of performances on norwegian tv channels 2009.
a1 will have conserts in Oslo december 2009.