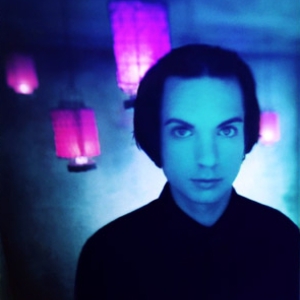 In the mid- to late-'80s Chris moved to Chicago, quickly becoming a part of the chicago industrial music scene and briefly becoming a member of Die Warzau and Stabbing Westward.

He later reconnected with Trent Reznor, whom he met in the early 1980s, when they both were in Cleveland, Ohio's local band The Exotic Birds. Chris also toured as a live drummer for KMFDM during the Money era tours in 1992. He is currently recording under the name tweaker, and has released two albums under that name, The Attraction To All Things Uncertain and 2 A.M. Wakeup Call. Tweaker toured select North American dates with Skinny Puppy in 2004.

As a producer, remixer, or engineer, Vrenna has worked for Rammstein, The Rasmus, U2, Weezer, P.O.D., David Bowie, Cold, Underwater, Scarling., The Smashing Pumpkins, Hole, Marilyn Manson, Rob Zombie, Green Day, The Wallflowers and the j-rock band DIR EN GREY. He has also worked with the underground industrial group Pigface, and produced songs and albums for underground groups TCR, Jack Off Jill, and Rasputina.

Vrenna has also worked on music for several video games, including Doom 3 (as producer with Clint Walsh), Quake 4, American McGee's Alice, Enter The Matrix, Sonic The Hedgehog, Area 51, and Need for Speed Most Wanted. In 2004 he started soundtrack work on Tabula Rasa, a massive multiplayer online game. He also helped compose the theme song to the animated series Xiaolin Showdown.

He can be seen performing in the music videos for the songs Gave Up, Wish, and March of the Pigs on the Nine Inch Nails video compilation Closure, and also makes a brief appearance in The Perfect Drug.

Vrenna won a Grammy award as a member of Nine Inch Nails for "Best Metal Performance" for Happiness in Slavery in 1995.

Vrenna was Billy Corgan's programmer for four months in 1997. While he was on tour with The Smashing Pumpkins, Vrenna got a call from Axl Rose, who invited Vrenna to spend time with Guns N' Roses. "I did for a couple weeks, but then decided I didn't want to join the band", said Vrenna.

Vrenna was chosen to take over the drumming responsibilities for Marilyn Manson after Ginger Fish was injured in 2004. He is currently the live drummer for Gnarls Barkley.