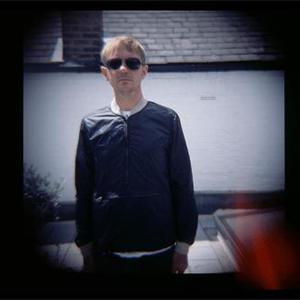 He is working on new music as Normalites (aka The Normalites, with production partner Steve Miller, following-up on Pink Skyscraper's H&ocirc;tel Costes 12 inclusion), with his band City Reverb & an un-named project (with production partner Sacha Puttnam). With regular gigs at Supperclub & The Player (both London), plus international shows - Chris is a busy live DJ, too.

2006 - DJ element on Robbie Williams world tour
playing in the band at all 64 shows and DJ warm up sets at many dates including San Siro, Milan; Parc Des Princes, Paris and The Bowl, Milton Keynes.

2001 - CocoDaSilva - Saudade
One of a series of 12? singles on Kismet records, an ongoing collaboration with dance producer Rui DaSilva.

1994 - Coco, Steel & Lovebomb - It
LP for Warp Records including club classic Feel It.

City Reverb are a band. There are three members - a DJ, a musician and a singer. They like Kraftwerk but they also like Nick Drake.

Chris Coco, Nick Cornu and Micky Buccheri met during the sessions for Lost City Folk (Dumb Angel), an album which expanded Chris' original dance oriented tracks into mini symphonies about London life in the 21st Century. On completing what was primarily a recording project, the idea of creating a band began to emerge - a project which would draw on the strengths and characters of each member. The new group aesthetic relies on an economy of sounds. It's a "less is more" approach that strips each song to its bare bones to reveal the honest beauty of its structure. Happysad melodies shimmer above crisp machine rhythm. Plaintive synth lines waft through the mix like London fog. The dub bass is insistent while finger-picked acoustic guitars sew the elements together. The resultant sound is minimal but not stark; the songs often hint at a rustic wonder of the modern world. After months of experimenting, the three Londoners are finally honing a brave and singular voice.


The Normalites is a collaboration between Chris Coco and Chillout don Steve Miller from Afterlife. The music reflects the pairs' background in making mellow music but also the slightly awkward nature of both their personalities. Their desire to push the boundaries of a genre they have made their own, their desire to come up with new sounds and ideas, their love of politics, poetry, dub and bass.

Chillin' At The Playboy Mansion