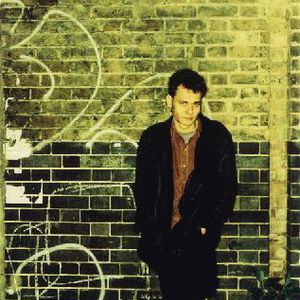 Chris Bowden is a British alto saxophonist, composer and arranger, working across a variety of genres from acoustic jazz to hip hop and drum and bass. As well as his solo releases he has contributed to music by 4hero, The Herbaliser and The Heritage Orchestra among others. He is currently active with The Tomorrow Band and Scorched Earth. Originally from Birmingham, UK, he began his professional career with The K-Creative in the early 90s acid jazz boom, and also worked with Palm Skin Productions, Jessica Lauren and Jhelisa Anderson.

Originally from Birmingham, UK, he began his professional career with The K-Creative in the early 90s acid jazz boom, and also worked with Palm Skin Productions, Jessica Lauren and Jhelisa Anderson. His first solo album, Time Capsule (released by Soul Jazz in 1996) is a sprawling trip through funk and latin-infused jazz, a core quartet (sax, keys, bass and drums) augmented with strings, percussion and wordless backing vocals.

Bowden was then invited to work with 4hero, developing an organic, jazz & soul-influenced take on drum and bass for the album Two Pages (1998). He played live with them and collaborated on a single, Hero. During this period Bowden also performed and MDd with James Mason on his Rhythm Of Life tour, and Doug Carn with a set compiled from his Black Jazz Records catalogue.

Following extensive work with The Herbaliser and a contribution to the legendary Xen Cuts compilation, Bowden's second solo album Slightly Askew was released by Ninja Tune in 2002, further expanding on the blueprint of Time Capsule. The album became associated with the "future jazz" movement and led to to three BBC Jazz Award nominations and sell-out performances at the Cheltenham Jazz Festival, London's Jazz Caf? and Cargo. In 2004-5 he joined The Heritage Orchestra, a group of over 40 musicians which added several of his compositions to its repertoire and played at London's Barbican Centre, the Montreaux Jazz Festival and the Big Chill Festival.

Following his densely orchestrated solo albums and work with the Heritage Orchestra, a period of "revelatory self-discovery" and a contribution to a Serge Gainsbourg tribute album, he formed The Tomorrow Band, a trio of just sax, bass and drums. They've released two albums on Rehab Records: 3 to get Ready (2007) and 2 To Get Set (2008), both of which focus on jazz standards rather than original compositions. He's also part of Mike Gates's Scorched Earth project, mixing jazz with folk-inspired guitar and vocals on the album Resistance to the passage of sound.