choose your own adventure 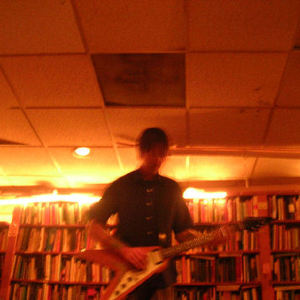 Everything I Like, I Should Keep An Eye On This One, Our Local Band Was Better

Russell Holbrook moved from Athens, GA to Chapel Hill, NC and met up with drummer Justin Ansley (Cub Country, JennyAnyKind) and bass player Jacob Coles. The three immediately began to write and rehearse the material that would later make up their debut album, ?La Mancha?. The group recorded the album with Jay Murphy (The Nein, Cold Sides) at Ponchartrain studios in Chapel Hill and it was released in 2000 on Chapel Hill label, Sit-n-Spin.

CYOA spent the next two years touring and playing shows, occasionally opening for prominent instrumentalists Explosions in the Sky, as well as Crush Kill Destroy and Rival Schools and built a strong following on the east coast. The band also received significant critical acclaim for ?La Mancha?. Russell, Justin and Jake began to work on a series of recordings with Jay Murphy at Ponchartrain, and Nick Peterson and Russell Ellis at Track and Field Studios (Ben Davis, Bellafea). While experimenting with home recording in addition to the studio work, it became apparent that due to the sheer volume of material they would have to split the next record into two separate chapters. The logical decision was to release the first half, ?Let ?em Work, Let ?em Live?, on Trekky Records and the second half, ?The Long Defeat? on sit-n-spin records in January and December 2004, respectively. During this time, Jacob's wife had twins and he decided to leave the band to devote time to his family. Russell and Justin continued to work as a two-piece until Russell decided to move back to the Athens/Atlanta area and Justin decided to stay in Chapel Hill to concentrate on Cub Country.

Songs From The Heart