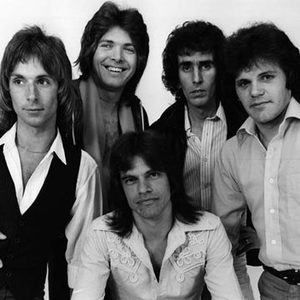 Chilliwack are a Canadian rock band that had their heyday during the 1970s and 1980s. They are perhaps best remembered for their three biggest songs "My Girl (Gone Gone Gone)", "I Believe" and "Whatcha Gonna Do." While the members have changed Chilliwack is still out touring Canada from coast to coast. The band initially formed as the Classics (1964) in Vancouver, British Columbia, but later changed the name to the Collectors (1966).

The band initially formed as the Classics (1964) in Vancouver, British Columbia, but later changed the name to the Collectors (1966). Their psychedelic debut album yielded the minor but long-remembered hit 'Lydia Purple'. A second album was based on the musical score written by the band for a stage play by Canadian playwright George Ryga, 'Grass and Wild Strawberries'.

After lead singer Howie Vickers left the group in 1970, the band changed its name to Chilliwack, a Salish term meaning "going back up". With lead guitarist Bill Henderson now providing most of the vocals and doing most of the composing, the band released several records that were moderately successful in Canada. Major hit singles in Canada included "Lonesome Mary", "Crazy Talk" and "Fly at Night". The album track "Rain-o", an elegant, soaring, blues-based composition that appeared in different versions on the Chilliwack debut album and the later "Dreams, Dreams, Dreams", was a well known concert favourite.

In 1978, Brian MaCleod (guitar, drums, keyboards) and Ab Bryant (bass) joined the band. Chilliwack enjoyed its greatest success with this new lineup. The singles "My Girl (Gone, Gone, Gone)" (1981), "I Believe" (1982), and "Whatcha Gonna Do (When I'm Gone)" (1982) were popular both in Canada and in the U.S. The band was extremely popular at the time, and was regarded as the Canadian answer to the Grateful Dead. Rolling Stone Magazine wrote:

"At their best, Chilliwack was the finest Canadian rock band, outrocking BTO and Moxy and outwriting Burton Cummings. But a lack of consistency kept it from international success."

Henderson and MacLeod received a Best Producer Juno Award in 1982 for Opus X. MacLeod left the band soon after, and Chilliwack's last new recording was released in 1984. Henderson and Lawrence continued to tour with other players until December 1988. In 1989 Bill Henderson went on to form the band UHF.

There And Back (Live)

Look In, Look Out

Wanna Be A Star (Vinyl)

Lights From The Valley (Remastered 2013)