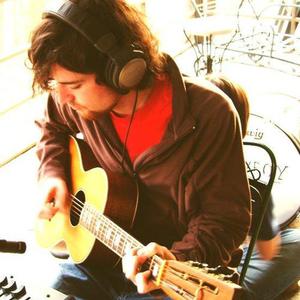 Twenty-five year old Cheyenne Medders has been writing and recording songs for half his life. Born in Northern Georgia into a musical family, he absorbed the songs coming out of his father's mouth and stereo, from a Johnny Horton gold rush to Elton John's Madman Across the Water. It's no wonder that Cheyenne's aspiration became creating music as timeless as it is progressive. He has been described as ?Warren Zevon meets The Shins.?

While attending Harding University in Arkansas, a second home to which he often returns to play, Cheyenne gained a following performing in clubs, coffeehouses and actual houses, singing with a gravelly voice akin to a Southern accented Jeff Tweedy. Back in his apartment he furthered his skills as a writer, musician and engineer. Whether composing on guitar, bass, or piano, his aim is to deliver the song that will stick in your heart; the song that marries honest folk and rock & roll to clever pop without compromising either.
In the summer of 2006, after moving to Nashville, Cheyenne released his first album Carry Us Away, a prog-folk work that Maverick Magazine described as ?very different, very good? and ?a cut above the rest.? Matching the rambling, acoustic vibe of the record, he assembled a folk band and hit the road for a Pacific Coast tour in a minivan, selling cds and t-shirts and staying with friends along the way.
In 2007 he continued to promote the album, getting airplay on Nashville progressive radio station Lightning 100, and opening for country legend Merle Haggard. Fresh off another tour of New England and Quebec, Cheyenne is set to release his second self-produced album, Kiss with Busted Lips this fall. In contrast to his first album, the new one is short, focused and makes use of a full band that includes his two younger brothers Will (drums) and Carson (guitar). The prolific composers are already in the preproduction phase of a third album with seasoned Nashville producers Lij Shaw (The Autumn Defense) and Robin Eaton (Spinto Band, KS Rhodes).