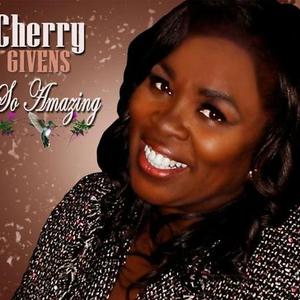 Since the launch of her first CD entitled "Simply Cherry", Cherry Givens has went on to earn a nomination for a Newsome Award, a spot on The Bobby Jones Gospel Retreat in Ft. Lauderdale, FL and has been aired nationally on the Word Network. Her hit single "I Am That I Am" aired in over 20 states across the country and was added to the Top 20 Indie playlists of several radio stations and magazines and climbed the charts as the world began to see the strong ministry of her music unfold.

Now with follow-up of her highly-anticipated Sophmore CD entitled ?So Amazing?, this anointed woman of God shows her growth and maturity as an artist. She has been told that ?her music matches her spirit!!? This CD is sure to be an ear-catcher and is definitely bout to take her career to the next level. With this mixture of contemporary, praise & worship, traditional, and groovy tunes, I'm sure you'll find this CD to be ?So Amazing?. There is something on this CD for EVERYONE!! Cherry's high sopranos and strong vibrato empowered by a sweet anointing, has touched the hearts and lives of everyone that hears her music. She has proven herself both spiritually and musically to our generation.