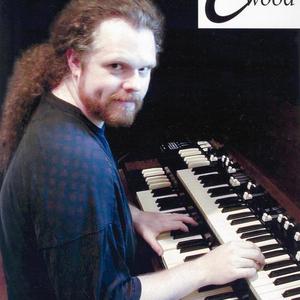 Charlie Wood is a singer and and keyboardist whose eclectic musical style incorporates elements of jazz, blues, traditional r&b and popular music. Born in Memphis, TN in 1967, Charlie spent many years there performing nightly with his trio in a long-standing residency at King's Palace on Beale Street. The gig became known to touring musicians and locals alike, attracting impromptu sit-ins from B.B. King, Georgie Fame, Joey DeFrancesco, George Coleman, Mulgrew Miller, Alvin Batiste, and many others.

Charlie is also an accomplished and prolific singer/songwriter and has received stellar reviews for his original releases, including "Southbound" and "Who I Am" on Ben Sidran's GoJazz label and his most recent CD on Memphis-based Archer Records, "Flutter and Wow."

Now based in the UK with his wife, singer Jacqui Dankworth, Charlie continues touring and recording regularly. Recent shows have included the 2010 London Jazz Festival's "Jazz Voice" at the Barbican, a live performance on BBC Radio 2's "Friday Night Is Music Night" at the 2011 Cheltenham Jazz Festival, and numerous other concerts throughout the UK and Europe. His latest CD, "Lush Life," a solo (voice and piano) album of jazz standards, will be released in early 2012.

Rhythms of the Eclipse