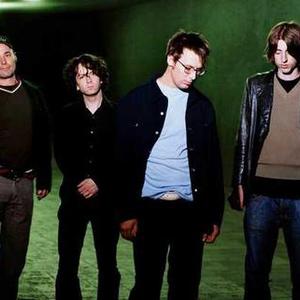 78 Saab were an Australian indie rock band, originally forming in Canberra, Australian Capital Territory in 1995 at the Australian National University. The band was formed by Ben Nash, Gareth Tregillgas, Darren Smith and Christovac Thompson For the purpose of attaining live performance experience, the band entered the Australian National Campus Band Competition in 1996, with the band name chosen spontaneously in order to complete the entry form.

At the time, the major sponsor of the competition was Sydney company, Troy Horse, a recording and rehearsal studio that also consisted of a record label. The competition's first prize included an EP, recorded and released by Troy Horse, and a tour of Australian university campuses. 78 Saab won the competition (the band's seventh live performance) and proceeded to record its debut EP, Eastwards By Removal. After its release in 1997, the band prepared for a run of 35 dates to promote the EP. Before the tour began however, Jake Andrews joined the band as lead guitarist after Darren Smith made the decision not to continue with the band. The band then officially relocated to Sydney. With the tour finished, Christovac Thompson left 78 Saab and Nicholai Danko (whom the band had met during the campus tour) replaced him on drums.

The band announced their split in 2012, playing their final show on December 1st, 2012 at the Annandale Hotel in Sydney.