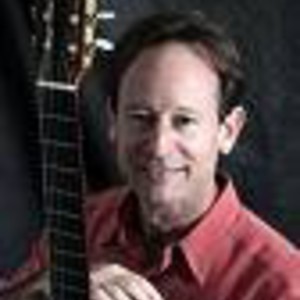 "The sound of acoustic and classical guitars has been a life-long obsession of mine", says 47th Grammy Award Winner Charles Michael Brotman. "There are magical moments when all the right components come together - a beautiful acoustic guitar, a great guitarist, the right room..." Charles Michael Brotman is the 2005 Grammy Award winner for the inaugural category of Best Hawaiian Music CD, Producer, "Slack Key Guitar Volume 2".

Charles Michael Brotman is the 2005 Grammy Award winner for the inaugural category of Best Hawaiian Music CD, Producer, "Slack Key Guitar Volume 2". The CD is a multi-artist collection of newly recorded solo tracks by 10 Slack Key Guitarists from Hawaii including himself, which he recorded, mixed, engineered and produced in his Lava Tracks Recording Studio in Kamuela, Hawaii for Palm Records. "Slack Key Guitar Volume 2" debuted at #1 on the Billboard World Music Chart and reached #1 on the Billboard New Age Music Chart.

Charles is multiple Na Hoku Hanohano Award recipient. In the past few years five of his guitar recordings have reached the top 10 on the national radio charts in World, Smooth Jazz, and New Age categories. Charles is known throughout Japan and the US for his role as the lead guitarist for KOHALA, the acoustic guitar trio from the Big Island of Hawaii. He is also known internationally as a composer, producer and guitarist.

Brotman has lived in Hawaii for 29 years. He grew up on Mercer Island, Washington, and his first introduction to formal music lessons was at age 8 as a violin student at the Cornish School of the Arts. At age 12 he discovered the guitar and performed with various bands throughout Washington State during his teens. He attended undergraduate school in music at Cornish Institute and The Evergreen State College. When he moved to Honolulu in 1976, he attended UH, and received an M.A. degree in music from the University of Hawaii at Manoa, where he taught classical guitar at the University of Hawaii for nine years. During the 1980's, Brotman also performed music at many hotels in Honolulu, including The Kahala Hilton, The Halekulani, and The Hawaii Prince. He left teaching in the mid 1980's to pursue work as a composer and producer, opening a commercial recording studio with a partner in Honolulu. In 1990 he moved to the Big Island with his family and in 1997 Charles and his sister, Jody Brotman, co-founded Palm Records and built Lava Tracks Recording Studio.

Brotman currently performs and tours with his acoustic guitar trio "Kohala". In addition to performing, Brotman spends his time composing and producing music at his Lava Tracks Recording Studio in Kamuela on the Big Island.

"The instrumentals establish Brotman as a skilled guitarist as well as a perceptive composer. ...a classy production through and through..." Honolulu Advertiser

"Brotman is certain to have a bright future in contemporary jazz." Contemporary Jazz Review
"A best bet for any situation that calls for soothing romantic music. Call this exquisite!" Honolulu Star Bulletin
"A new ethereal beauty with quiet uncluttered arrangements...The beauty and charms that constitute Hawaii" The Honolulu Advertiser
"Call this exquisite!" The Honolulu Star-Bulletin
"...mesmerizing ... continue to amaze us with ... sensitivity, inventiveness and magical sounds." Aloha Joe Radio