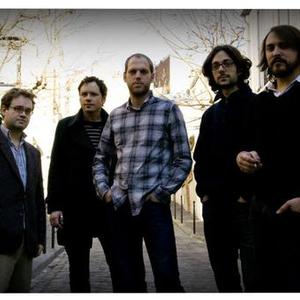 Chapter 9, based out of Paris, France, has created a unique type of alternative pop-folk music that is best described as a simplistic sound with many complex undertones. Led by Marc Verwaerde, singer-songwriter and guitarist, Chapter 9 also encompasses the talents of guitarist Thibaut Pinchon, and bass player, Antoni Rougeaux, as well as a wide collection of various other musicians as songs warrant. Whether playing in bars and clubs around Europe or entertaining fans an ocean away through SellaBand and MySpace, Chapter 9 strives to touch the hearts and minds of its listeners.

The band's name suitably came from the pages of Alice in Wonderland. Marc's personal journeys while glancing through the looking glass have fueled multifaceted lyrics that reflect on everything from the wonder of childhood to the deep emotions that can be felt within adult lives. Drawing on influences such as Wilco, Pink Floyd, the Beatles, Bob Dylan, Neil Young, and The Jayhawks, Chapter 9 hits the mark every time, creating music that can range from deeply intellectual and beautiful, to fun and joyful.

Currently, Chapter 9 is supported by nearly 100 believers on SellaBand, a European site dedicated to exposing new bands around the world. Additionally, Chapter 9 has released 2 EP albums: 5 Songs in March 2006 and A Piece of Cake in June 2007. Their latest album was recorded at Abbess Road Studios, a private studio in France, and has a quality equal to any signed artist.