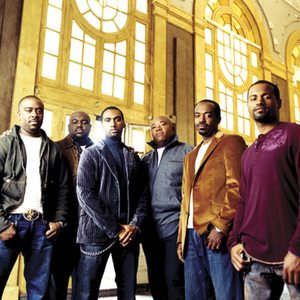 In a world that is cluttered with new music and new artists, its often rare to be introduced to a brand-new group and be impressed yet the first moment you hear the distinctive music and sound of the TWO TIME STELLAR AWARD NOMINATED 7 Sons of Soul you realize that this is something special in your music library. The group comprised of six men all from Washington, DC, are lead singers Cliff Jones, Dave DaveyBoy Lindsey, Deonte Gray, Doug Hayes, Sam Kendrick and Kenneth Epperson Jr.

The first question is always, why is the group called 7 Sons of Soul? Dave Lindsey, who also plays keyboard and produces and writes much of the groups music answers God represents both the first and the last son. He is the alpha & the omega our beginning and our end. The name of the group really represents both the number of completion 7 which is God's perfect number according to I John 3:2 and the sons of soul because we are guided by Him, the Father we are all His sons.

Stand-outs include Prayer Changes the old-school, jam ensconced in tradition that makes you feel like its a Sunday morning at church and Need You, a nearly R'n'B sounding song from the opposite end of the musical spectrum that features Cliff Jones silky vocals & Lindseys contemporary instrumentation. "I just fell in love with the record when I first heard it, said Lindsey. I did the piano solo on it and the song speaks to the person out of touch with God and wants to find their way back." The first single off the project is the encouraging number Run On, The lyrics are traditional by nature and the flow is all day. Co-written by Jones, Lindsey and his brother Michael, the song actually marks a pivotal turning point for the group.

7 Sons of Soul reveal their higher purpose all shunning the chance to record secular music. Jones who is well known in mainstream music circles, as both a producer and manager has worked with several top selling artists including Dru Hill, Ginuwine, Gladys Knight and Will Smith, says he'd never sing R'n'B. "Although Ive been a part of managing different groups and have been offered R'n'B deals; I'm convicted to stay true to what I'm called to do and I can only record gospel music I love gospel, it's in my heart it's a part of me," says Jones.

Their music pays tribute yesterday, is an indication of tomorrow and the combination is perfect for today.