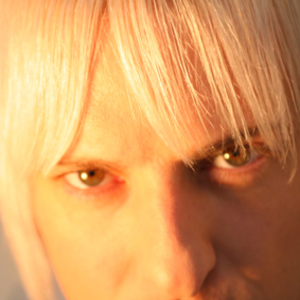 'Singer/songwriter blending elements of Folk, Vintage Soul and Rock with strings, brass and a truly unique vocal.' ?'Like Crosby Stills and Nash meets The Rotary Connection.' CHAPMAN is a singer/songwriter and producer based in St Leonards on Sea UK (via Essex and London). His solo debut ?Unexploded Bombshell' was described as ?amazing? by BBC Radio. His new album ?The Amplification of Mr Ballad' is a much larger and more ambitious production.

?'Like Crosby Stills and Nash meets The Rotary Connection.'

CHAPMAN is a singer/songwriter and producer based in St Leonards on Sea UK (via Essex and London). His solo debut ?Unexploded Bombshell' was described as ?amazing? by BBC Radio.

His new album ?The Amplification of Mr Ballad' is a much larger and more ambitious production. Showcasing his unique vocal, drawing on the soul, folk and rock influences and encompassing some of the production techniques learned during his time working in dance music. Like his first album, CHAPMAN played and programmed everything. In mid April a promo for the album opener, ?Hum Along' goes into production, shot by up and coming young filmmaker Peter Lown.

Dom CHAPMAN wrote his first song at the age of five on the inside of a shoebox lid and encouraged by his brother, a local folk musician, began playing local folk clubs before he was old enough to shave. Being the youngest of six children, Dom was exposed to many different styles of music - Cat Stevens, The Beatles, Marvin Gaye, The Jam, Prefab Sprout, Jim Croce, Motown, Harry Nilsson and Scott Walker all figured prominently in his musical education.
Many of his early musical adventures dissolved without achieving much, but after swapping Essex for London, he teamed up with dance act SCOPE, which resulted in the Radio 1 and XFM playlisted ?Busted EP', a remix for Afrika Bambaataa and a European tour.
Soon after SCOPE split, Dom's trademark ?visual catchphrase' bleached blonde hair was spotted by a casting director and he landed a film role as Judi Dench's guitar playing sidekick in the BBC/HBO production ?The Last of the Blonde Bombshells'. After signing up with model agency STORM a stint modelling and acting followed but Dom returned to music when he formed MacArthur with former My Life Story keyboard player Dan Turner.
After recording a series of demos for Island Records they were signed by Eurythmics' Dave Stewart to his Artist Network label and recorded their eponymous debut album, featuring P-Funk/Parliament's Gary ?Mudbone' Cooper on backing vocals and La's, World Party and Oasis drummer Chris Sharrock. As the album was finished and promo for the first single shot Artist Network collapsed into the hands of the official receivers along with the band's masters.
After a short period writing pop songs to order and years of collaboration, Dom decided to go out on his own and began to write a set of songs he truly believed in. Halfway through the process he suffered a series of devastating bereavements that had a profound affect on his life and his music.
The result was 2006's hauntingly beautiful self?produced solo debut Unexploded Bombshell. Massive support from myspace fans drove sales of the album and led to BBC Radio 2 play, a series of successful UK gigs and a promo for the evocative ?Burning Bridges'. But in 2007 CHAPMAN left London with his TV scriptwriter wife Emilia di Girolamo (EastEnders, Law & Order:UK) and set up camp, and his studio The Sound of St. Leonards, on the South Coast of England where he started working on ?The Amplification of Mr Ballad'.

?The Amplification of Mr Ballad' is a bolder and more positive body of work than his debut; revolving around the central themes of new beginnings, becoming a father and creating your own reality. Taking influences from STAX soul, folk, funk, and even trance in the 9m27s ?Raffi's Song (The Answer is Love)', the album showcases CHAPMAN's unique vocal and song writing skills. The album is available as a CD and Download now