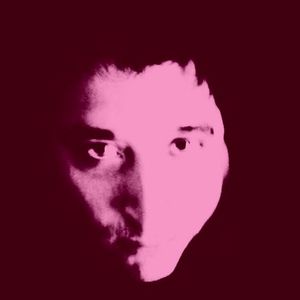 From Humble Beginnings Come Humble Middles As a boy, he wanted to be a magician and a ventriloquist. But he couldn't hide the secret or throw his voice. So he took to music, mostly culled from mom's record club collection. Movie soundtracks like "The Graduate" and LPs from crooners like Tom Jones, Andy Williams, Noel Harrison. Cross-legged on the sofa, he grasped his shin-bones in both hands and rocked furiously back and forth, while the wax spun under the needle.

As a boy, he wanted to be a magician and a ventriloquist. But he couldn't hide the secret or throw his voice.

So he took to music, mostly culled from mom's record club collection. Movie soundtracks like "The Graduate" and LPs from crooners like Tom Jones, Andy Williams, Noel Harrison.

Cross-legged on the sofa, he grasped his shin-bones in both hands and rocked furiously back and forth, while the wax spun under the needle. While mom ironed and dusted, he rocked and dreamed. And while the drapes danced in a breeze, his little boy mind mumbled, "Life is real, and I'm alive."

45 singles also dug their way in. Some cut from the backs of cereal boxes. Others chosen after a listen or two on the AM radio. Yes, he needed THAT song. So he sang it for the record store man: "Come on, you have to have it. I think it's new... 'Those were the days my friend, we thought they'd never end...'"

One day our failed magician was given an organ and a play-by-number songbook filled with Bacharach/David tunes. And though he drew moustaches and Satan eyes on Burt and Hal, he loved that songbook.

Eventually someone gave him a tape recorder. And this day probably seemed harmless enough.

But from humble beginnings...

He'd sing made-up words he didn't understand. Grown-up words about love, war, poverty. Stuff the AM radio and Burt Bacharach had taught him to sing. "Must be the way to go."

Mom eventually bought him a pretty-white, righty Jackson Soloist, and though he played lefty, he simply had it re-strung and played it upside down. "I am right-handed, after all, so how could mom have known?"

In his teens, he began to take more of a personal interest in his lyrics. As girls at school would peck his cheek and giggle on flower day, but walk on. "She's a slut, Ray. Why'd you buy her a flower?"

You know the drill. Countless mixed tapes and poems missed their mark. Maybe once or twice a flower got pressed into a book, but we'd only be speculating there. They all became songs.

He went to college. Wrote some more songs. Joined a band (Six Gun Jury) with his cousin. And they wrote lots of songs too. Even got a song ("Climb The Scene") in regular rotation on commercial radio (WXXP). They did well in Pittsburgh rock challenges, played some gigs. Got some press. Broke up.

Baseball, of course. He had to see the Pirates in the playoffs. You'd have done the same.

He tried to take some cases to trial, hated that. He tried to join a couple other bands, but it wasn't the same. Went to another firm, hated that. Law firm after law firm. He always left them hanging. Burned his bridges. Didn't care.

Day by day, song by song. He was going to find his place in this world (like "James" in that song by Huffamoose).

Finally, he went to work for the government, liked that better. Wrote more songs. But got divorced, hated that. Sad songs come easier, so songs galore. (You must have all of this in your notes somewhere already, right?)

Single life was overrated. Looking for love too often in too many bars. But it was either that or join some animal shelter or church group. And he never liked groups. Still doesn't.

No. He likes songs.

Finally, one day, or maybe it was even in the dark of night, he cried out in a loud voice, saying, "Tom?! Burt?! MOM?! How does this shit work?! I'm lonely as fuck and nobody cares!!"

And he wrote a song about that too. The silence. The lost time. The loneliness. The loss.

Loss after loss, and song after song. This is what weakened your Chancellor, yet kept him strong.

And so, from humble beginnings...come humble middles. Which brings us to today.

"Well...how's it gonna end for The Chancellor?"

I cannot tell you that, my friend. But rest assured, no matter the ending, it will make one hell of a song.

Chancellorpink is a terrific songwriter with sonic imagination. And on his 4th release, 2009's "Life Like Sad Music" (March 22, Wax Electric), he sprinkles lyrics of irresistible depth with elements of outsider rock, power pop and new wave, and with a deep and yearning croon, breathes life into 13 great sad songs.

The sad music started in 2006, when life-long songwriter Ray McLaughlin redefined his musical career, coming out of the shadows of semi-retirement to become the broken-hearted balladeer Chancellorpink. He did so with a determination to do things his own way. For the first time in his life, Ray decided to engineer, produce and play every note of his own original songs. He stepped out. He took a chance.

So how's it going so far for "The Chancellor"?

First came May 2006, when he released his eponymous solo debut and vowed to "record an album a year until I die or become boring." "Chancellorpink" contains 12 literate, indie pop/rock songs, drawing comparisons to old Bowie, a funky Elvis Costello or Crowded House on a vodka bender, with Ray's rich and often plaintive vocals leading the way to favorable reviews and Internet radio airplay for songs "Chancellor Pink", "AnnaJo" and "Disgusting". Chancellorpink also picked up a small cultish, underground following for its deceptively-titled, acoustic love ballad "Cunt".

April 2007 brought about the release of the 19-track "Darkrazor", which Ray described as "a haunted house with 19 rooms; my Beatles' white album only it's black." Songs "Lock Me Up", "Paul's Song", "Everybody Needs A Family" and "A Case Of Noir" garnered some spins on international and local college and public radio airwaves, though no regular rotation. Still, more people began catching on to Chancellorpink's unique blend of poetry, pop and pathos.

But it was not until his 2008 release, "Valentine Parade", that Chancellorpink finally made a real dent on the indie music coffee table. With "Valentine Parade" (released on February 14, but as an antidote for anyone who wants to generally avoid loved-up couples), Chancellorpink brilliantly crafted a post-retro, Euro-80's pop album full of prescient, modern day lyrics and rich vocal harmonies. This was no batch of lullabies. And sales and airplay soared, with The Chancellor finding certifiable indie pop hits in songs "Unfinished Valentine", "Mrs. Kowalski" and "Valentine Parade".

So that now, with "Life Like Sad Music", recorded from July 12-September 20, 2008, at Indigent Studios in Pittsburgh, PA, The Chancellor's got real game.

The Chancellor makes songs rather than having a 'sound', changing the instrumentation from song to song, along with his vocal stylings, to fit each particular song. Says Ray, regarding his music, "Really, my hope is that people who have lost out on love or dreams of any kind can relate to my music, share it, and it spreads. And maybe men can all get back to being loving and sensitive again, but while remaining strong and not taking any shit from the new generation of creeps that the modern world has created. I hope we can learn again not to be afraid, and to stand up for ourselves, with great conviction but also great compassion. Way too much to expect from some indie pop-rock songs? Exactly. And there it is."

Spending time with Ray, you are struck by his warm humor and his immense degree of romanticism and respect for women of intellect and power. He showed a degree of commitment and certainty in his words that, well, maybe he's on to something here. In this female interviewer's opinion, Ray emanates zero bitterness or emo-whiner, but, instead, a sense of -- sans corny here -- soulful truth.

"I hate no one," he says. "Even the people I loathe, I probably love at least a little bit, somewhere down deep. Because I even loathe myself in so many ways, you know? I just hope we all try to get things right and do the right thing as much as possible, and I don't think that's the case most of the time for most of us, including me. And that failure not only hurts me inside, but it also pisses me off some. But I use that hurt and anger to create stuff, and maybe that will start some sort of chain reaction some day, who knows. Or maybe not. Either way, I remain your Chancie Baby, baby." And he smiles again.

You almost want to slap him, but you don't. Because you have a story to finish. And because, you just don't really want to slap The Chancellor. Not at all, really.

Ellen Sarcalow, Performer Magazine, December 2008 (used by permission)(printed but not available on their website)