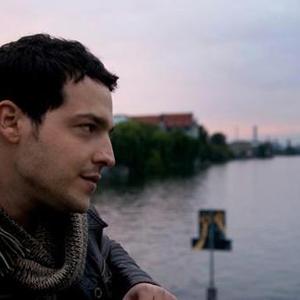 Born into a family of traditional musicians and the son of a father who was already spinning records in the late sixties, Chaim grew up to become a complex producer. Influenced by Moroccan music he heard at home while growing up, and the sound of Chicago House he fell in love with while working as a light jockey in his local clubs, his productions tell a story of a sensitive musician from Tel Aviv.

Chaim lives a lifestyle intense with bitter sweet moments, resulting from the extreme diversities his homeland offers. His tracks often climax with massive stabs, showing Chaim's unquestionable talent for the unexpected. He plants hooky and hypnotic melodies in the front, while scratching the soul with 80s inspired synth licks flickering from speaker to speaker, effects, and memorable vocals that are wrapped inside a wall of sound. Collaborating with his partner in crime Guy Gerber on Supplement Facts releases and as a team, they produce epic tracks with uplifting, head-twisting melodies. While often producing big sound tunes like "Genesis" appearing on Cocoon's compilation G, Chaim is also drawn to the more minimal side of electronic music one can hear in his Traum Schallplatten release "Carolin". These days he splits his time between studio work in the country side of Israel -working on his live show and album - and playing gigs in and outside of Israel. Enjoying a wide range of support from the likes of Sven Vath, Laurent Garnier, Tiga, Digweed, Claude Von Stroke and Sasha to name but a few, Chaim is without doubt in the front with today's innovative up and coming young producers.