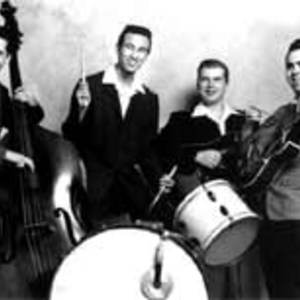 Hailing from San Antonio, TX since forming in high school in 1997, Cave Catt Sammy exhibit maturation and a darker lyrical content with their self penned material. They also conjure up learned covers by greats such as Jerry Reed ("Your Money Makes You Purty") and Roy Orbison ("Cast Iron Arm", originally recorded for Decca by Peanuts Wilson). No doubt their youthful enthusiasm has been tempered by 5 years of hard national touring and international festival appearances.