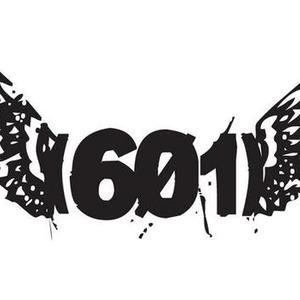 There are 2 artists with this name: 1)Thrash metal band from Belgrade, Serbia, founded in 2004. First lineup consisted of: Sinisa - guitar Aleksandar Cvijanovic Bata - bass Ivan Zaletel - drums. Soon Danilo Perunovic joins them on vocals. After a few months Sinisa leaves the band, and Perunovic handles guitar duties, and Bata handles vocals. Then Ana joins on bass, and Bata takes second guitar. First demo "Only One" will be released, and consists of 3 songs. They also play covers of Sodom, Kreator, etc.

2)601 are long time collaborators Nat Slater & George Miller. Hailing from Harrogate, North Yorkshire, they create big brashy breaks with the emphasis on funk. As well as producing their own tunes, they also find time to run a label, Polar Red, with 7 releases so far, as well as present their weekly radio show 'Dirty North' on Breaksfm.com The last few years have seen them busier than ever, with releases and remixes for Polar Red, Hot To Trot, Waveshape, Epidemic & Ape, as well as appearances on Jay Cunning's Kiss100 Radio show and an exclusive 30 minute mix for Radio 1's Annie Nightgale, a set that showcased some of the tracks from the forthcoming album 'Dirty North'. The coming year will be another busy one for the boys, with a live show currently being rehearsed, as well as the completion of their album and a slew of remix work in the pipeline.