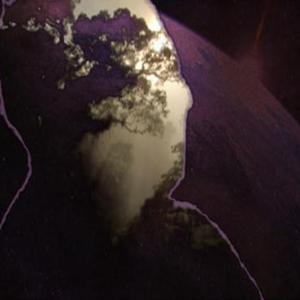 Catman Cohen is the mysterious shadow musician and controversial creator of the music trilogy, "The Catman Chronicles," a collection of songs that have themes related to life, death, and dreams. Described as Post Decadence Rock, Cohen's songs spring from a foundation of social activism, primarily in calling for a resurrection of neglected heroes (e.g., nurses, paramedics, teachers, firemen, universal peace-keepers, etc.

; a plea for assistance to those without adequate food or health care; and a cry for urgent remedial efforts to preclude an imminent fresh water crisis. Various organizations associated with the social missions of Catman Cohen include Gesundheit Institute, Volunteers Without Boundaries; Nurses for a Healthier Tomorrow; Canadian Nurses Foundation; Pacific Institute; and Blue Planet Project.

In October, 2011, Catman Cohen provided a limited and single-site release of his 4th CD entitled, ?Confessions of a Shadow,? featuring the opening song, ?Zero.? Full and wide digital release of the CD occurred in late Summer 2012.

Very little is known about Catman Cohen. To date, his only publicity consists of shadow photos and his official bio excludes data such as birthdate, birthplace, and other personal details. He believes artists must step into the background in order that society can shift its spotlight onto various key vocations (especially nursing) that are in crisis. He turns down interview requests, instead requesting that a list of social activist friends be considered in his place, stating that they have more important urgent things to say about the world than anything he might offer.

To date, Cohen has never performed live, and the sole performance video, Fluffle-O....based upon a hidden throwaway track on his first CD.....revealed Cohen as nothing more than a silhouette behind a screen, playing piano in black gloves. Furthermore, to date, there has never been any absolute or categorical confirmation of Cohen's true identity, appearance, or background. In fact, in a recent interview, British rock artist, Francis Dunnery, renowned sideman for the legendary, Robert Plant (Led Zeppelin), and a featured guest vocalist on "Confessions of a Shadow," stated, "I have no idea who Catman Cohen is and, as far as I know, nobody knows who Catman Cohen really is."

How I Want to Live -- The Catman Chronicles 2

How I Want to Die -- the Catman Chronicles 1