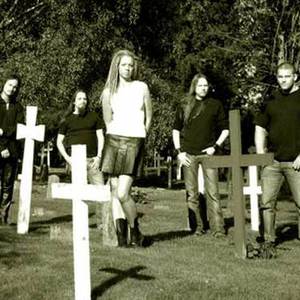 The idea of the band was formed by Petersson and Marklund in 2001 but nothing really happened until Cia was introduced to the macabre concept in late 2003. Songs were written and the recording started when the drummer Stefan joined the band in early 2004. The band got in touch with an underground record label called "Blood and Guts Records" and they agreed to release a MCD. The title of the MCD was set to "Coffin' Up Bones" and it tells the grotesque tale of a female necrophilliac "Casket Casey."

Now that the MCD has been released, the band has started work on a full length album which will continue the story of Casket Casey and take it a bit further into the mind of a true psycotic.