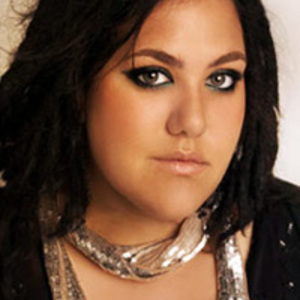 Casey Donovan (Born May 13, 1988) is a singer-songwriter/ musical actress, who initially shot to fame when she won the second season of Australian Idol in 2004, at just 16 years of age. Making her the youngest person to ever to win Australian Idol and one of the youngest in the world. Her unique style and emotionally charged performances won her many fans. Including the Idol judges, most notably Ian ?Dicko? Dickson who proclaimed her ?not only one of the finest young talents in this competition, but in this country?.

Notable performances included 'Here's Where I Stand', 'Special Ones', 'Beautiful' and 'You're So Vain' all of which received "touchdowns" from Idol judge Mark Holden.

On 17 July, 2006, it was announced that Donovan had been dropped by her label Sony BMG because of concerns about her image and poor sales of her albums.

Since then Casey has made an effort to distance herself from Idol, spending much of her time away from the spotlight writing songs, as well as collaborating with respected Australian song-writers for an upcomming EP (August 2007)

In 2010, Casey was cast in the role of Cynthia in a musical stage production of 'The Sapphires' which saw the show tour Australia throughout the first half of 2010. Donovan won praise from the critics for her role in the production, which was presented by Company B Belvoir and Black Swan State Theatre Company. Donovan went on to take home the Best Supporting Actress award at the 4th Deagu International Music Festival Awards while on tour with the production in South Korea in July 2010. In December 2010, Casey was nominated for 2 awards in the 2010 Sydney Theatre Awards for "Newcomer" and "Supporting Actress" continuing on praise and recognition from the industry for her hard work in 'The Sapphires'

2011 sees Casey rejoin 'The Sapphires' as they tour Canberra, Sydney and then London, UK in March.

Also in 2011, it is expected that Casey will get around to finishing and releasing her long awaited second album.