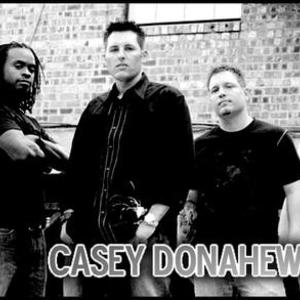 In their eagerness to bring a new sound to the country music scene, the members of the Casey Donahew Band have created a unique style that blends traditional country with rock 'n roll and a pop sensibility.

The band's emerging success demonstrates the band member's determination to reach their goal of making a mark in the music industry. The four musicians from the Fort Worth, Texas have put together a rich and powerful blend of strong vocals, amazing lead guitar and solid rhythm that sets them apart from other acts in their genre.

Over the last few years, the band has developed a local following from their regular gigs at local venues such as The Horseman Club, The Aardvark, Overtime Sports Bar and The White Elephant Saloon, among others. They have also played at events such as The Ranch Texas Music Series, Pro Rodeo Events, The Fort Worth Cats Pre-Game Parties, 95.9 The Ranch's Annual Pre-Willie Nelson Party and The Cowtown Ball.

The Casey Donahew Band signed with KB Talent in April of 2006, and are currently playing gigs locally and across Texas and Oklahoma.

Having shared the stage with Reckless Kelly, Stoney Larue, Kevin Fowler, Wade Bowen and No Justice they are looking to expand their horizons even further in the coming year.

In the tradition of such artists as Pat Green, Cross Canadian Ragweed and Jack Ingram, the band are true to their roots, and call their music pure Texas country.