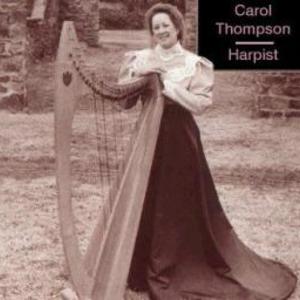 Born in America of Anglo-Welsh-Irish-Austrian heritage, Carol Thompson is one of America's foremost players of the Celtic harp, began playing the pedal harp at age thirteen with classical instruction from Dorothy Knauss of Allentown, PA, a student of Alfred Holy. After years of playing classical music, she allowed her lifelong interest in medieval and renaissance history to take to the fore, and learned to play several variants of her instrument.

During this period, she also discovered the music of her heritage and fell in love with it. Carol plays the familiar orchestral pedal harp, the bright sounding neo-Celtic harp, and the difficult triple harp made popular in Wales but also played in Italy and Spain.