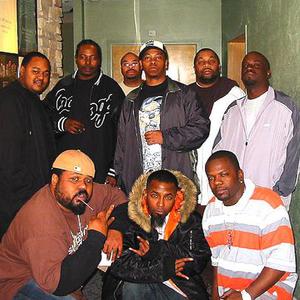 57th Rogue Dog Villians (Aka RDV's) are a local rap group from Kansas City. The Members are Bakarii, Big Scoob, TXX Will, sometimes Tech N9ne and late member Lil' Nitty.They started to get local attention after there track "Let's Get F***** Up" off their album It's On Now: Summer Edition (Radio version titled "Let's Get Crunked Up") became a hit. RDV's have four albums, titled It's On Now, It's On Now: Summer Edition, My Dogs For Life & Rougish Ways.