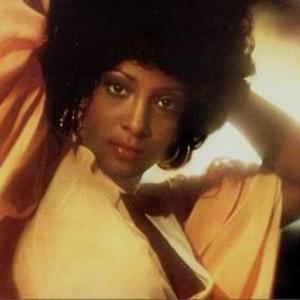 Carol Douglas (b. April 7, 1948 in Brooklyn, New York) is an actress and singer who is best known for her disco hits "Doctor's Orders" (1974) and "Midnight Love Affair" (1976). Douglas comes from a musical family background, her mother being blues and jazz singer Minnie Newsome and her cousin, soul legend, Sam Cooke. After a few years as an actress Douglas decided to concentrate on her music career and in the early 1970s she landed the role of lead singer for the reformed soul group The Chantels.

After a few years as an actress Douglas decided to concentrate on her music career and in the early 1970s she landed the role of lead singer for the reformed soul group The Chantels. She toured the U.S. with the group for a while before receiving a record contract with Midland International Records in 1974 as a solo act. The first single released under the label, "Doctor's Orders", became a hit, reaching #2 on Billboard magazine's Disco chart, #9 R&B and #11 on the Billboard Hot 100. The follow up single "A Hurricane Is Coming Tonite" became a minor hit, reaching #81 on Billboard's Hot 100. In 1976 she hit #1 on the disco chart with "Midnight Love Affair" / "Crime Don't Pay", both from her second album Midnight Love Affair. The single also reached the #96 spot on Cash Box magazine's top 100 chart. The following year she recorded the track "You Make Me Feel the Music" for the soundtrack to the 1977 motion picture The Haunted.

Although not internationally famous, in 1978 she release a cover version of the Bee Gees #1 hit, "Night Fever", which became a minor hit for her in the UK Singles Chart, reaching #66. Even though Douglas would go on to chart over a half-dozen other hits on the U.S. disco chart, none of them would reach the success on the mainstream pop charts like "Doctor's Orders". By the early 1980's, the disco backlash was in full bloom. After releasing her sixth album, Love Zone in 1983, Douglas decided to lay low for a while, only releasing sporadic 12" singles throughout the rest of the decade.

Come Into My Life (Vinyl)