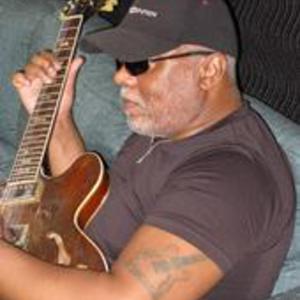 Born in Chicago, Carlos Johnson is considered one of the preeminent blues guitarists in the world today. For more than 20 years, before becoming the leader of his own band, Carlos was in demand by the greatest names in blues with whom he toured the world (Koko Taylor, Otis Rush, Junior Wells, Son Seals, Valerie Wellington, Carey Bell, Buddy Miles, etc...). With his slashing and passionate left-handed guitar virtuosity, he has developed one of the most original guitar styles ever to come out of the Windy City.

He combines the deep, raw blues sound of the traditional Chicago West-side style with the more contemporary, funky sound. Yet, it is with his bursts of jazz textures and phrasing and his obvious love for country blues sounds, that he has created astyle all his own. His personal and powerful vocals, along with his charismatic stage presence and explosive guitar makes him one of the most exciting performers in the blues today. Carlos Johnson is being recognized as a rising star of the blues and one of the keeper's of the Chicago blues flame.