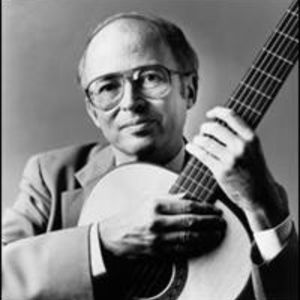 SongsPhotosNewsPostsBio Carlos Barbosa-Lima has long been a masterful interpreter of a wide range of melodic music. A brilliant acoustic guitarist, Barbosa-Lima gives taste and feeling to works that range from Gershwin to Bach, Jobim to Debussy. Although not an improviser, Barbosa-Lima has been featured on an extensive series of recordings for Concord's Concerto and Picante subsidiaries. A native of Brazil, Barbosa-Lima began studying the guitar when he was seven. Among his teachers were the influential Brazilian guitarist Isaias Savio and Andr?s Segovia.

While still a child, he was performing in public and he made his recording debut when he was just 12. He first toured the United States in 1967, and during 1971-1972 Barbosa-Lima performed in London and New York, gaining a worldwide reputation. He lived in New York for quite a few years before settling in Puerto Rico. Barbosa-Lima's tasteful yet virtuosic control of the guitar has resulted in consistently delightful solo recitals for Concord Concerto that appeal to a wide audience. His releases have found him exploring the music of Antonio Carlos Jobim, George Gershwin, Scott Joplin, Luiz Bonf?, Cole Porter, Leonard Bernstein (songs from West Side Story), and a variety of lesser-known Brazilian composers.

Rhapsody In Blue, West Side Story (With Sharon Isbin) (Vinyl)

Carlos Barbosa-Lima Plays The Music Of Jobim And Gershwin (Vinyl)