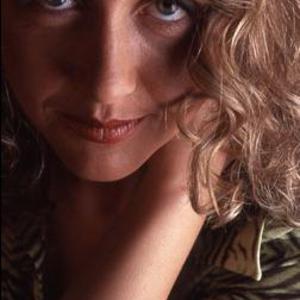 Carla Helmbrecht is a Grammy-nominated vocalist and songwriter who began her love affair with music at the age of eight, when she began taking piano lessons and singing. A native of Wisconsin, Carla was raised in a large music-loving family, and had an inherent desire for music. It was her father who introduced her to jazz, and it was not uncommon for the entire family to spend endless evenings making music. At age 13, she began singing professionally. Early influences included Ella Fitzgerald, Sarah Vaughan, Julie London, Count Basie, and Dave Brubeck.

Carla later continued her jazz studies in West Texas, singing with the Texas Tech University Jazz Ensemble I, under direction of Alan Shinn. With the University band, she had the opportunity to perform with and open for jazz notables, such as Tuck and Patti, the Yellowjackets, Louie Bellson, and Tony Campizi. In 1993 she was awarded ?best vocal performance? by IAGE. Carla is featured on the Texas Tech University Jazz Ensemble's CD, Seein' The Light... Hearin' The Hub-Tones (Sea Breeze Records, 1997).

In July of 1994, Heart Music announced the release of Helmbrecht's debut CD, One For My Baby, which showcases a collection of traditional jazz standards (and a few non-traditional ones). She was joined by a host of world-class musicians such as Clay Jenkins (trumpet), Kim Richmond (alto sax, clarinet), Chris Seiter (trombone), and Frank Mantooth (piano and arranger). One for My Baby moved to a prominent position on Gavin's Jazz Chart.

Following the release of her debut CD, Carla relocated to the San Francisco Bay Area. She began performing with the Black Market Jazz Orchestra and was featured on their 1998 CD, Season's Greetings. She has been a featured performer at events, such as the KXJZ Sacramento Jazz Concert Series, the cabaret production ?Sassy Divas?, the Song Fest Tribute to Carol Coates, the San Francisco International Film Festival, and the San Jose Jazz Festival.

Carla can also be heard singing on recent television shows, such as The Young & The Restless (ABC) and The District (Fox), as well as a recent ShowTime movie, Sixteen Candles. The major motion picture, Smile (2005) features a recording by Carla entitled "Vanishing Romance".

One For My Baby

be kool be kind