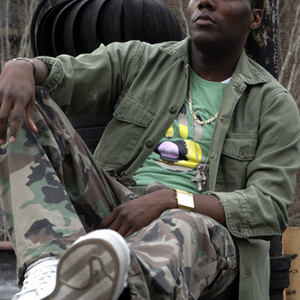 Carl Henry puts the riddim in rhythm and blues. Born in Jamaica and raised in Montreal, the island crooner blends the rumble of dancehall reggae with the smooth stylings of R&B and soul. He grew up singing in a church choir; years of vocal training have shaped a voice that slinks, shudders and soars. Carl Henry, has toured all over North America and Europe, supporting U.S. stars like Mary J. Blige, De La Soul and Ashanti.

Carl Henry, has toured all over North America and Europe, supporting U.S. stars like Mary J. Blige, De La Soul and Ashanti. Home in Canada, he has earned Juno Award nominations four years in a row . RNB, his full-length debut, was recognized for Best R&B/Soul Recording in 2003; singles Homie's Girl, Bare As She Dare (featuring Ce'Cile) and Hot Gal (featuring Rally Bop)
were nominated for Best Reggae Recording in 2004, 2005 and 2006 respectively.

RNB delivered passionate, late-night murmurs with songs like One Night Stand, Sex U and Did U Really. The album's title was literal: RNB is straight-up R&B from beginning to finish. (Same goes for Solution RNB, its French-language version.) Henry is proud of his first effort, but says it reflected only a narrow band of his full range.

The moment is ripe, given reggae's increasing influence on urban music. ?This is a great time for me, because reggaeton and dancehall are really stepping to the forefront,? he says. ?People are willing to give it a chance, wanting to give it an ear. I'm glad that I'm able to make music that reflects that.?

CeSoul CEO Cecil Collins helped Henry gather a superb team of collaborators to create I Wish. Carl co-wrote several songs with Teron Beal, hit composer for Whitney Houston, Michael Jackson, Luther Vandross and Deborah Cox. ?[Working with Teron] was initially somewhat intimidating. I went in thinking that I would be quiet, that he would dictate what I would sing ? but we clicked right away,? Henry says. ?He listened to my ideas, I listened to his, we played off each other. We were initially supposed to do one song together, but wound up doing five.?

Joseph Stonestreet, formerly of Blackstreet, was another key contributor; he co-wrote and co-produced significant portions of I Wish. ?Joe is like my musical father,? Henry says. ?To have somebody who has mastered music to the level that he has ? I'm constantly learning so much from him, as a writer and a vocalist.?

Carl says he especially enjoyed working with Bizzo, an up-and-coming Philadelphia producer who is steeped in hip-hop vibes. ?We did a ton of songs together,? Henry says. ?Hopefully this is one of those career things, where we're still working together three or four albums down the line.?

The result, a hot mash of rap, reggae and R&B, which has already caused serious damage on the dance floor. ?Perfect? (which is also in the forthcoming feature film ?How She Move?) was the set up track for I Wish's title track, produced by the Red One (Shakira, Kat De Luna, Christina Milian, A-Teens), that reached Top 20 on Canadian CHR charts.

The follow-up to I Wish was the r&b groover Little Mama, a momentous hook laden chugger that peaked at # 19 on the CHR charts.

Other singles released from the ?I Wish? album have been ?One More Time (Encore Otra Vez)?, ?Beautiful? & ?Ladies?. As we move into the fall of 2007 look for a new full length release from Carl Henry, the album ?Roots & Rhythm? is full on roots reggae, lover's rock. The scintillating encapsulation features the musical backing of the Firehouse Crew (Sizzla) and is produced by Michael ?Jah Mikes? Coburn.