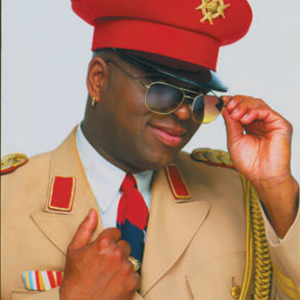 There are two musical projects behind this moniker. One is an Electro-Funk/Electro-HipHop Artist having released two 12" in the mid 80's, the other is the following Eurodance production team: Captain Jack was a German Eurohouse/pop production team formed in Germany in 1996, fronted by core member, songwriter and vocalist Francisco Alejandro Gutierrez, who adopted the stage name Franky Gee. The original female vocalist on the group's first two albums was Liza Da Costa, who attempted a solo career after leaving the Captain Jack team.

Captain Jack was a German Eurohouse/pop production team formed in Germany in 1996, fronted by core member, songwriter and vocalist Francisco Alejandro Gutierrez, who adopted the stage name Franky Gee. The original female vocalist on the group's first two albums was Liza Da Costa, who attempted a solo career after leaving the Captain Jack team. She was replaced in 1999 by Maria Lucia 'Maloy' Lozanes, who in turn was replaced by Ilka-Anna-Antonia Traue (stage name: Illi Love) in 2001. Singer Sunny was the final female singer with Captain Jack.

The gimmick to Captain Jack's music (and Franky Gee's persona) was that of military training. Franky's costume consisted of a stylized military general's uniform, with a red hat based on that of the US Marines. Gutierrez chose this gimmick because of his service in the United States Army, a career he despised but was forced to follow when he was strapped for cash. After ending his time in the US Army, Gutierrez remained in Germany, where he was last stationed, and began a recording career under the name Westside.

While recording music under that name, he proposed the idea of a dance track based on a drill routine. That idea became his style: songs about peace and love in the style of a military regime, in protest against his years in the US Army. The hat?a US Marines "barracks cover" hat, in the color scheme evoking the Soviet Red Army?further protests the idea of the military, while symbolizing the idea of national unity. The first two albums, thematically, leaned heavily on sexual innuendo in its lyrics, its artwork, the stage performance and in its music videos. This changed with the later incarnation of Captain Jack, after Da Costa's departure.

The group has earned 19 gold and platinum records throughout Europe. Fans of the Konami arcade game Dance Dance Revolution know them from the numerous songs that, through the Dancemania series of albums, have been used in the game series. The group's music was also featured in other Konami music games such as beatmania and Dance Maniax.

The future of Captain Jack suddenly came into doubt when Gutierrez suffered a cerebral hemorrhage while walking with his son in Spain on October 17, 2005. Doctors predicted that the damage was fatal, and Gutierrez died on Saturday October 22, 2005 after spending five days in a coma. Consequently, the group disbanded in 2005. The band's future without frontman Gutierrez (also referred to by many fans as "Captain Jack") was uncertain for a few years. The group reformed in 2008 with a new frontman, Bruce Lacy.

As stated by an e-mail from Beatdisaster, December 7, 2005: Proceeds of sales (from the "Greatest Hits" album) to the (22.10.05) deceased artist "Franky Gee" (Francisco Gutierrez) go in favor of his son & Rapper of the same name, Francisco (Franky). In 2006, his career as Captain Jack Junior starts and the musical inheritance begins.

"Captain Jack, just a bad name, tacky, and a little weird, but we chose this name as a place we go home and dump all the emotions and thoughts from the concept through a slob too. Somehow we did not feel that we are a band, probably because some of the bands contest that was on TV that we think no more than a monkey show and it became the benchmark for the young kids now that that's what a band, collected without any fit, without a strong bond of friendship, without any sense of togetherness while struggling from point zero. We thanks God that we have a sense of togetherness. We are not children with multicolored hair style is filled with gel, we were not dressed funky and we do not care any funky sense, we are also not pretentious naughty kids who get drunk every day just to feel himself rockstar, we're just kids ordinary lives in ordinary life with the problems faced by ordinary people and we are angry with all the existing habits. "UNMINDLESS" (E.P.) An early, the first drop of sweat, mingled with the first pile of ideas emotion.An incomplete results but quite encouraging because Unmindless is the result of our own hard work. Do not ever look for this word in any dictionary because it's just a word that we are the reefs themselves and have little sense trying to think what other people are rarely think. Contains six tracks, six of thought, and one hope for change. "SOME THINK ABOUT" Some think about something, Some think about nothing, sandwiches one are you? This album contains not a slump like that seen a lot of people we just want to project our anger on many things, after all, a bit odd in our opinion if we do not feel angry at living conditions in the trash named our beloved Earth today. A full version dariUnmindless, 11 tracks, more ideas, and more hope for change. "FALL OF CONCEPT" Vacuum for 3 years now Captain Jack re-emerged with new EP titled "The Fall of Concept". In the latest EP Captain Jack explore more in their music, beat variation, sound and sampling on the songs on the EP (mini album) This latest feels assert their maturity in music. Shades of fresh songs, with beats that cacthy but still wrapped in a thick of rock nuances create Captain Jack's latest EP is more colorful and worth listening to. Contains six tracks with singles such as Hati Hitam, "Pengkhianat" and "Postcard Untuk Tuhan". Regarding the themes raised, certainly not in doubt. In this latest EP Captain Jack stay on track "RESISTANCE" that has become characteristic of Captain Jack. With scathing lyrics about the inner turmoil of angry at the situation."

Captain Jack Is Back