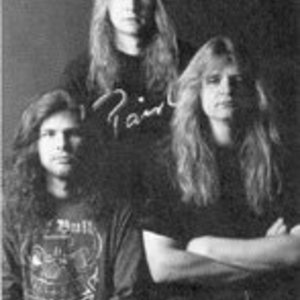 1) Capricorn is a rock/grunge/punk band from Ivani? Grad, Croatia.

2) Capricorn is a German Heavy/Speed/Power/Thrash band formed by Ex-Grinder members who released 2 albums, Capricorn in 1993, and Inferno in 1995.

In summer 2001, the band's first demo began to capture hearts, one thing immediately emerged: Gero von Werden (vocals / guitars), Florian Dreher (drums) and Christian Dreher (bass / keyboards) exhibit an unique potential in writing lyrical rock songs with a basic melancholic tenor. When Wolfgang Woelli Rhode, former drummer of successful German punk band Die Toten Hosen, who has been hooked on rock'n'roll for the last 35 years, discovered the trio, he put them on stage with Donots, Emil Bulls and Die Toten Hosen and gave them the opportunity to play an audience of 5000. Stunned by the bands' skills, Woelli signed Capricorn for his label 'Goldene Zeiten' without hesitation. In October, 2004, their debut album 'My own Fairground', produced by Uwe Sabirowsky (Beatsteaks, Thumb, Keith Caputo of Life of Agony), was released and earned much excited press in Germany: "Capricorn doesn't stay following any potential examples, they pass them without any effort instead" [Rheinische Post (daily newspaper)]. "'My own Fairground' shows the first attempts at walking of a band, that is counted among the best that rockmusic can provide these days" [www.noize.cc (alternative music zine)] The thirteen songs on the album are loved by fans for being young and fresh, atmospheric, melodic and rhythmic. The band's topics are love and agony, beauty and sorrow, feeling and flavour. "My own Fairground" is far from being depressive; it has immense power and positive spirit, although von Werden sings a lot about times of personal crisis. Their songs are very honest and show an enormous potential of identification. In 2005, the guys shared the German stages with other national and international ambitious bands as there were Madsen, Biffy Clyro and once again Donots and made numerous fans.

4) Capricorn is the brainchild of Dutchman Hans Weekhout, experienced musician, engineer and producer, professionally involved in music for about ten years now. Born in 1965 in Naarden, he began playing bass and keyboards in his early teens and figured in various locally successful bands, most of them soul- and funk-orientated. After finishing school he found his occupation in studio work, recording and mixing for innumerable Dutch acts as well as for international artists such as Ian Gillan and Falco.

Although learning a lot from these sessions, he felt he lacked an outlet for his own musical ideas and slowly took up writing again. Strongly influenced by the Dance movement of the late eighties, his efforts would go into elaborated dance tracks with an experimental edge; the first he composed were released through the Dutch branch of major Sony, but later, with the project Paranoiax, he went on to record for Epic in the United States.

The real breakthrough however came with 20 Hz, recorded in the summer of 1992 and released on Global Cuts under the banner Capricorn. In the spring of 1993 the track started to appear in dance charts all over the world and finally hit the singles charts in Holland, Belgium, the U.K. and France, while a strong American interest followed in the wake of this impressive European success. The brand new 12"/CD Harakiri looks set to follow in the footsteps of its predecessor, with club and radio play already overwhelming and chart positions on the way. Working from his own studio in his home base of Amsterdam, Hans is currently preparing the first Capricorn album (Lost In Jellywood), as well as an as-yet-unnamed new project which will incorporate ambient, ethnic and dub/reggae influences." (excerpt courtesy of discogs)

5) Capricorn is a progressive metal band from the Netherlands. They combine several metal styles, concluding a progressive sound.

6) Capricorn was a thrash metal band from Germany. They were called Grinder before hand and changed their name and their style. They split up soon after their second full length under this name.

7) Capricorn is a classical chamber ensemble from Germany.

8) Capricorn is a Danish rock-band.