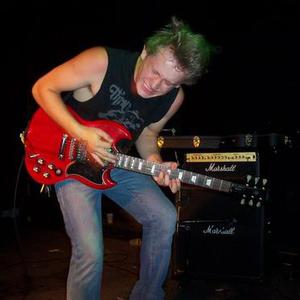 Calpurnia was formed in 2004 featuring Corey Glanville, Aaron Knickbocker, and Brett Reinbacher. The band later added screamer Ryan Hei and bass player Andrew Jarvis. After releasing an amazing ep, the band made the move to switch from Ryan Hei to Travis Lee for a more hardcore sound. The band has played several shows in Wisconsin and Minnesota. Check these guys out if your down for catchy riffs, talented singing, and bbqing. www.myspace.com/calpurniawi.

Oh, and if this band wants to succeed, bring back RYAN HEI and let Corey sing again!

Glitz, Garters & A Dribble of Youth