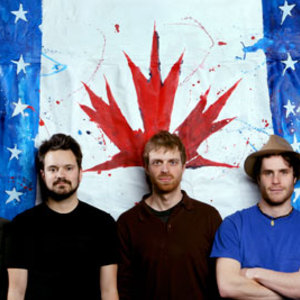 There are two bands with the same name: 1. Gloomy and darkly melodic, Caledonia was a promising but obscure goth-rock/alternative rock band that was active in New York in the late 1990s. Caledonia started playing the Manhattan club scene in 1996, when the half-female, half-male quartet outfit consisted of lead singer Mikaela Pearson, guitarist Scott Varol, bassist Kit E. Hawke and drummer Robert Lacyk.

The band's debut album, Spires, came out on Clocwyse in 1998, and one got the impression that Caledonia could have become a big name in goth with the right exposure. But regrettably, Spires would be its only album--internal disagreements led to Caledonia's breakup in 1999.

2. For two years he had been stranded on deserted west coast islands counting bird eggs and battling the isolation of life as a street performer in Vancouver. Then the spring of 2002 found Nova Scotia Biologist Steve Gates at a crossroads that would lead him back to Nova Scotia to quell the fire in his soul. To record his songs of isolation and love on the Atlantic Coast, Gates cobbled together a band with bassist, Zac Crouse, performance pianist, Ian Bent and drummer, Steve Reble. The result was 2004's Lost Balloons, written and delivered in a style that reflected Gates' singer songwriter approach, alternative country and folk rock. Lost Balloons landed Gates a nomination for "best album of the year" from Music Nova Scotia in 2004.

However, Gates never wanted to write music alone. Growing up he had jammed out to Pearl Jam with his high school buddies and hoped the success of Lost Balloons would encourage his friends to collaborate with him.

By the fall of 2005 plans were underway for the first Caledonia effort, "Waiting to Burn", a five song EP that combined all the members' influences and tastes, from the post punk of the late 70s to the break beats of the mid 90s.

Yet, with members still scattered across the globe ? Yukon to Uganda ? the EP was a year in the making.

By September 2007, after sleeping in the van at -40C in Dryden Ontario, brooding over the landscape between Winnepeg and Thunder Bay and trying to avoid being trampled by France's Whitewater Kayak team (a show at the World Freestyle Kayak Championships that ended in a riot), Caledonia developed a unified vision.

The band came across the experimental sounds of "Junior Blue", a studio project produced by "By Divine Right's" former bassist Dylan Hudecki and "Broken Social Scene" drummer Justin Peroff. A friendship was formed with Hudecki and after he joined the band for a jam and a show at the Rivoli in Toronto, Caledonia was set on making him a part of the album.

Building on the influence of 70's post punk and Gates' earlier folk works, Caledonia's first full-length is a story of life against the grain and the joy of seeing it through.