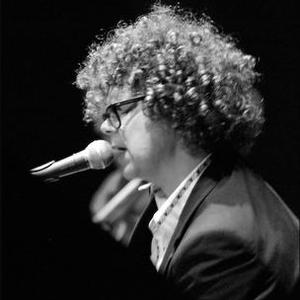 Christian Gibbs has an assortment of hats in his Brooklyn apartment. On top of an old brown bookcase there is a Stetson, a few old rancher hats, some prized fedoras, and other thrift store acquisitions. With his forthcoming release, Parade Of Small Horses, it is easy to get an idea of which hats were worn in between takes. Incorporating pedal steel, layered acoustic and electric guitars, harmonica, wurlitzer, piano, mandolin, drums, bass (and the occasional cello), the new L.P. was recorded entirely in New York with his band sometimes referred to as The Cardia Bros.

Perhaps his most cohesive record yet, Parade of Small Horses manages to build on the eclectic energy of its predecessor The Pinkermen Set while producing a singular, heartfelt overture in the increasingly cluttered soundscape of American Music.

The mood of this record can be due in part to half a year spent on the property of Big Pink (where the Band had once lived and recorded Bob Dylan's The Basement Tapes). The wooded confines of the Catskills provided a serene backdrop as Gibbs had just come off tour. When the living situation came up he jumped at the opportunity to get out of the city for a while. He moved his recording equipment into the guest house of Big Pink which he refers to as ?Little Pink? and began writing and recording demos for what would evolve into Parade Of Small Horses.

With an exceptional band including Gerald Menke (who has played with Mercury Rev, Super Furry Animals, and more) on pedal steel, brother Dan Menke on drums, Lance Kruger on bass, and Quentin Jennings (The Dylans, Melomane) on keys, Gibbs and company manage to take listeners from airy minor chorded introspection into a Gibson growl that would make Neil Young proud, and back again. The result is the proverbial quiet storm capable of eliciting tears or shaking the walls with equal grace and abandon.

Gibbs grew up on the West Coast and moved to London at the tender age of twenty where he lived in a squat before landing a job as a guitarist for a 4AD British band. He eventually moved to N.Y.C. forming the three-piece Morning Glories, which released three records on Headhunter/Cargo. He then released his first solo record under the moniker C.Gibbs Review and was signed to Atlantic Records. Soon, ?29 Over Me ? was released featuring players such as Greg Leisz (Beck), Rami Jaffe (Wallflowers), Mark Garson (David Bowie), and the Tower Of Power horn section. After touring the states, Gibbs followed up with ?The Pinkermen Set? enlisting The Cardia Bros. as his backing band, which included a cast of players from California, Iowa, Kentucky, and New York. Gibbs fourth outing Parade Of Small Horses was recorded with his live band of two years and was co- produced with Quentin Jennings.