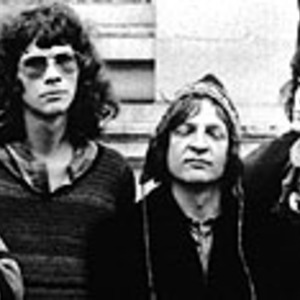 Burnin Red Ivanhoe was formed back in 1967, and that makes them one of the first Scandinavian prog bands. Their style was quite original from the start, blending jazz-rock with R&B, blues, psychedelia etc. their debut from 1969 (double album) M 144. Most of Burnin Red Ivanhoe's albums have that certain Scandinavian touch, similar to early 70's prog groups such as Wigwam, Culpeper's Ochard and Tasavallan Presidentti. In 1971, the band released the album WWW, which is probably a good place to start, as it contains some of their most progressive and interesting work. The self-titled album they released in 1970 (another gem!), also contains the track "Secret Oyster Service", and quite soon after that, a new, even more jazz-orientated group was formed, called Secret Oyster. Burnin' Red Ivanhoe was disbanded in 1972, although they released one more album in 1974.
(source: progarchives.com)

One of the biggest names of Scandinavian progressive groups that became well-known worldwide. Their music can be described as progressive jazz-rock under influences of beat, R&B, psychedelia... The compositions present often improvisational long passages with Karsten Vogel's (soprano sax, alto sax) musical visions. The other members are: Kim Menzer (flute, violin, trombone, harmonica), Ole Fick (guitars, vocals), Jess St?hr (bass), Bo Thrige Andersen (drums).
They started in 1967 but the first album appeared two years later. It was double LP M144. By many considered their best. The comparison to The Who is especially clear in this early period. Most of the compositions have lyrics in native language but this changed with the following records where dominating language was English. The second, self-titled album presents the same style and similar record structure: after dynamic opening Across The Windowsill (on M144 it is famous Ivanhoe I Br?ndbyerne) compositions of various style and atmosphere come: R&B Rotating Irons, dynamic blues-rock Gong-Gong, The Elephant Song, the ballad Near The Sea, etc. The last track is titled Secret Oyster Service - does it remind you of something? The third album WWW is probably their most progressive work. The music is more placid without crazy sax solos and R&B tracks; also over 8-minutes excellent 2nd Floor, Croydon has more progressive character. In the same year the band recorded LP with Danish folk singer Povl Dissing. Although the compositions are more folk oriented and all lyrics are in Danish there are some moments, especially over 10-minutes Tingel-Tangelmanden that could be interesting for progressive rock fans.
The group split in 1972 but before it happened they recorded one more album - it was "live in studio" Miley Smile/Stage Recall. Surprisingly, it contains only three old compositions: Ivanhoe I Br?ndbyerne, Rotating Irons and Indre Landskab (however in different versions). The rest presents fresh material like rousing The Monster Song, funny cover version of the old standard Red River Rock or the longest and the most typical for the group, jazzy Bareback Rider. The album ends with R&B Goodbye, which is the musicians' farewell. All in all, Miley Smile/Stage Recall is another excellent position in group discography.
In fact, two years later one more album appeared signed as Burnin' Red Ivanhoe. Its story is pretty interesting. Vogel was a member of Secret Oyster at that time. He found (Ref. 2) that he collected some compositions that were not appropriate for experimental style of this group and decided to release the new album under old band name. Right On appeared in 1974 and is another "mandatory" item for BRI fans (unfortunately, this album is extremely difficult to find and very expensive). As for the members, there were former musicians of BRI: Vogel, Andersen, Fick, Secret Oyster: Knudsen and Day Of Phoenix: Karsten Lyng (vocal), so the band name on the album was used rather for formality. This record has rare moments when you hear the echoes of Burnin' Red Ivanhoe (mainly instrumental parts with sax solos) but more often of Day Of Phoenix' first album. The opening track reminds of Uriah Heep very much! In 1980 the group in old good line-up released Shorts, containing pop-rock compositions, quite enjoyable but it is a different story. Burning Red Ivanhoe was one of the most important and typical Danish rock representatives of that time. Fortunately, its rich discography is the evidence of wonderful musicians' output. ~ Danish Progressive Rock At Its Best by Piotr Tucholski