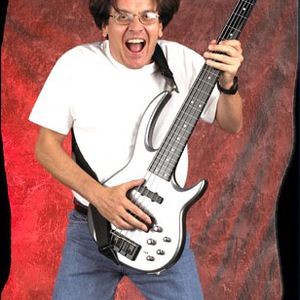 Besides his work as a performer, he is equally at home in the roles of composer, arranger, producer and designer. As a soundtrack composer Bunny collaborated with Clint Eastwood in creating the main theme (Claudia's theme) for the award winning film, "The Unforgiven." He also worked on several TV shows, including the popular series "Highlander." In 2007 Bunny was the music director of France's highest grossing tour of mega-pop star Michel Polnareff. "Ze Tour" was attended by over 3 million people. This production received The Victoire de la Musique (France's equivilent of The Grammy) for best live performance.

As a designer, Bunny created a line of electric bass guitars for Carvin and a stunning new Electric Upright Bass.

Taking an active interest in helping bass players, Brunel regularly gives seminars on his unique approach to the instrument. He has written several books available through Mel Bay Publications, Hal Leonard Publications as well as some instruction DVDs.

For You To Play