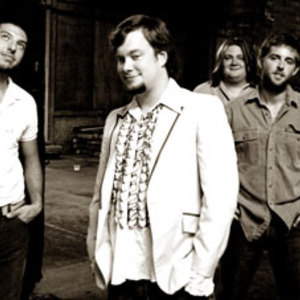 There are multiple artists by this name: 1) Growing up in the outskirts of the Motor City, it has become Bump's mission to resurrect the sounds that made Detroit a musical Mecca. After the recent years of Detroit's association with garage rock, hip-hop and rap rock, Bump is stepping up to fuse all the famous sounds the city was once known for. Yorg Kerasiotis combines the hooks and harmonies of the Stevie Wonder with the stage presence of James Brown, while Chris Sterr echoes the guitar tones of Mick Taylor, David Gilmour and classic Detroit rock.

1) Growing up in the outskirts of the Motor City, it has become Bump's mission to resurrect the sounds that made Detroit a musical Mecca. After the recent years of Detroit's association with garage rock, hip-hop and rap rock, Bump is stepping up to fuse all the famous sounds the city was once known for. Yorg Kerasiotis combines the hooks and harmonies of the Stevie Wonder with the stage presence of James Brown, while Chris Sterr echoes the guitar tones of Mick Taylor, David Gilmour and classic Detroit rock. Holding the rhythm section all together is Eric Novak, who drops tasty bass-lines reminiscent of James Jamerson, and Clint Carpenter on drums laying down the groove like the great Stewart Copeland. Bump has taken all of their Motown roots and has managed to create an unusual and unique sound to call their own.

Formed in late 2002 in the Detroit suburb of Grosse Pointe, Bump spent the next couple of years hammering out smoked filled gigs in the dank bars of the Midwest while finishing up college. In late 2004 Bump returned to their original four piece line-up more focused on their goals and recorded their first studio EP, ?The Heart of Cadillac Square?, which was incidentally nominated for a Detroit Music Award for ?Outstanding Rock/Pop Recording.? In addition, 2005 marked Bump's first year as a full time band by throwing caution to the wind and living the dream. After being named by Jambase.com as one of the top "Bands to See in 2005" , Bump completed a successful tour of Colorado in February of 2005 followed by a sold out show in Detroit at the historical Magic Bag on March 4th, 2005.

Just when 2005 appeared to be the perfect year in the making, disaster strikes (doesn't it always?). The day before Bump's March/April East Coast tour, guitarist Chris Sterr ruptured his spleen leaving him bedridden for two months. Having never cancelled a show to date Bump pushed forward with the tour. While playing some shows with sit in guitarists (Gabe Johnson, Evan Perri) and some as just a three piece, Bump managed to get through the disaster in tact. In late April Bump was invited to headline the Motor City Music Conference (Detroit's answer to SxSW) at the Majestic Theater in Detroit. The next couple of months Bump stayed in the Midwest building on their fan base in markets such as Chicago, Grand Rapids, Kalamazoo and topping off the spring with a "Multimedia Rock Opera Show" at the Magic Bag in June. It was at this eclectic show Bump where performed their saga "The Groom Lake Trilogy" in its entirety to the movie of the same name (written by Yorg) playing along with the music.

Moving ahead, the summer of 2005 saw some of Bump's biggest shows to date. Having previously done support slots in Detroit for Karl Denson's Tiny Universe, Umphrey's McGee and MOFRO this summer Bump got some more national recognition by sharing the bill with such names as The Black Crowes, Trey Anastasio, Widespread Panic, Better Than Ezra, Sloan and Blues Traveler at The 10,000 Lakes Music Festival, Bele Chere Music Festival and The Arts, Beats and Eats Music Festivals! In between festival appearances, Bump also managed to put together their first national tour with 31 shows across 13 states. However, tragedy struck again as Bump was playing a show in Chicago their house in the Detroit suburbs was broken into and $40,000 of instruments/personal possessions were looted from the house. Not letting anything get in the way, Bump continued on with the tour and didn't miss a beat!

As Bump continues to blossom, their infectious presence draws fans and critics alike agreeing that this band is one of the most exciting live acts on the scene. Detroit rock idols like Ted Nugent, Bob Seger, and Bootsy Collins are great inspirations to this new generation of hard working excited musicians. Listening to Bump and recent studio/live tracks remind rock fans of the many great sounds and musical traditions that continue to make Detroit so special and unique.

2) Bump was a Portland, Oregon alternative rock band with a bohemian flair. Their single self-titled album 'Bump' was released in 1995 on Wild Hair Records, published through 'a special moment music' (BMI).

3) A psychedelic rock group from Michigan. Original pressings of their only eponymous album, which is an organ-based progressive affair somewhere between The Nice and Van der Graaf Generator, are sought-after by collectors. The opening cut, Sing Into The Wind, is one of the most commercial tracks, with a catchy introduction and great keyboards. State Of Affairs is a gentle organ-based pop song. Daydream has dramatic vocals but a weaker song structure. Spider's Eyes has a great organ intro and some fine guitar/organ interplay. The remaining material is less convincing, however, though the ten-minute finale, Lifeline - Decisions - You Can't Even Think, does have its moments.

The Everyday Pleasures Of Love

The Heart of Cadillac Square