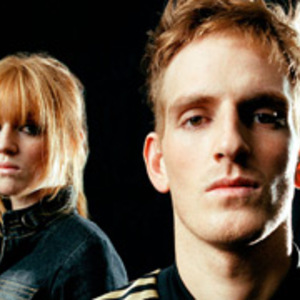 Not to be confused with the children's music artists of the same name, the Bumblebeez (known in the U.S. as Bumblebeez 81) hail from Braidwood, a small town in the Australian state of New South Wales, and craft a cut'n'paste collision of noisy hip-hop and rock. Producer/singer/multi-instrumentalist Chris Colonna is the architect of the Bumblebeez's raw sound, although his sister Pia Colonna (aka Queen ViLa) often contributes raps and backing vocals and his best friend Surya plays bass and guitar.

Colonna began making music when he was 13, but chose to study art; in his last year of art school, he won a scholarship to attend New York's Pratt Institute. While in Brooklyn, he immersed himself in his three passions: art, tennis (he played on NYU's tennis team), and music.

Along with an internship at Astralwerks, Colonna absorbed the city's hip-hop scene as well as rock bands such as Yeah Yeah Yeahs and The Strokes. Both kinds of music informed his own work: his laptop-created productions -- which number nearly 500 at last count -- veer between spare, syncopated, Neptunes-inspired hip-hop and buzzing rock songs like "Pony Ride" and "Step Back," both of which were among the tracks he submitted to the Fly Music Competition and Triple J Unearthed Contests in 2002. The Bumblebeez won both contests and put out their debut EP, White Printz, early the following year. The EP received U.K. distribution later that year; meanwhile, Colonna and company kept busy playing australian festivals, including Splendour in the Grass, and completing their first full-length. The Bumblebeez made their U.S. debut, as Bumblebeez 81, in summer 2004, releasing Printz -- which combined White Printz with the U.K. single Red Printz -- through Geffen Records.