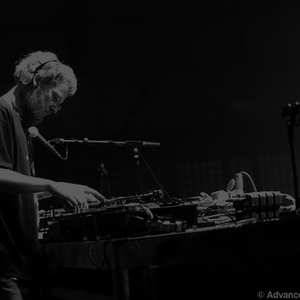 Buddy Peace (b. Nick Budd, aka Buddy), is a London, UK hip-hop / mashup / turntablism artist, who uses MPC sampling. In 2003, whilst working at Banquet Records, he formed a formidable partnership with Dylan Richards (aka Zilla). The result was A Friendly Game of Chess - a cut and paste masterpiece that successfully blended a barrage of musical styles and spoken word samples into something truly original.

The buzz created by this mix, along with residencies at nights like Shoreditch's Wheels Instead of Hooves and a main stage slot at the Dedbeat Festival caught the attention of Warp Records and the pair were given the honour of reconstructing their back catalogue for the Warp Vision DVD release.

His reputation as one of London's finest DJs continued to grow and a position as Lex Records resident DJ resulted in performances at the European festival Sonar and a musical career highlight, providing DJ backing for hip-hop legend Prince Po (Organized Konfusion).

2006 saw the debut of Buddy Peace the producer, with his first solo material appearing on a label sampler for the AI offshoot SRL. Not pausing for breath, Buddy was soon commissioned by online store Boomkat to put together an exclusive release. The mix that followed, entitled A Crew Called Self, was a critically acclaimed patchwork of hip hop beats and accapellas, considered by many to be his finest work to date.

Word of his phenomenal mixtapes soon spread across the pond and resulted in call from Canadian based Bully Records. Turning his talents to their back catalogue, the resulting mix was released on an exclusive limited edition 7?. Capitalising on this exposure, he self-released a beautifully packaged collaboration with Canadian producer Carlo Cossette under the name The Commonwealth Kids.

His production skills continued to grow and this was reflected in a Subtle (Lex Records) remix competition victory, being asked to remix Bracken (Anticon) and slots on compilations released by 2600 Recordings and The Secret Life of Sound. During this period Buddy had begun work on what he considered his definitive mixtape statement, compiling nearly a years worth of edits, remixes and studio production. The result was the truly stunning Wolf Diesel Mountain.