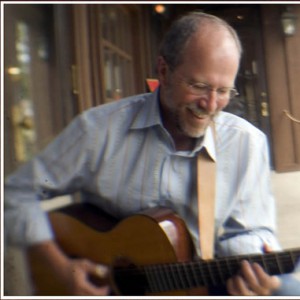 Buddy Greene brings a wide variety of southern Americana influences to his music to create a unique hybrid of country, bluegrass, folk, gospel and traditional blues. In addition to his solid reputation as a singer-songwriter and guitarist, Buddy has established himself as on of Nashville's finest harmonica stylists. Buddy grew up in Macon, GA, amid its antebellum mansions, sultry summers, southern cooking and deep-south music culture.

He spent his childhood learning dozens of folk songs on the ukulele and soon advanced to acoustic guitar, immersing himself in popular music mainstays of the time such as Elvis Presley, the Beatles, and Motown. Their infectious beat and obvious nods to roots music fueled Buddy's intense interest in the deeper historical origins of country, bluegrass and rhythm and blues music that are so evident in his music today.

Buddy collaborated with Mark Lowry to write Mary, Did You Know?, which has become something of a modern-day Christmas standard, with recordings by superstars such as Kenny Rogers & Wynonna, Kathy Mattea, Christopher Parkening & Kathleen Battle, Natalie Cole, Reba McEntire, Donny Osmond, Clay Aiken, Gary Chapman, and many others. Other songs penned by Buddy and recorded by other artists include He Is (Ashley Cleveland), Fall Down Children (The Whites) and Recovering Pharisee (Del McCoury).