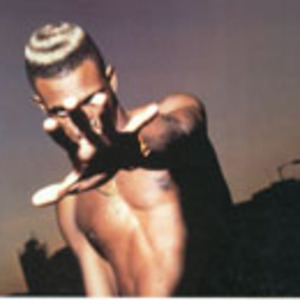 Even by the ever-changing standards of dancehall, where fans always want to hear something new and different, the 1996 breakthrough of Buccaneer was a shocker. That's because no one had demonstrated the desire, ability, or outright cojones to combine ragga toasting and opera before -- but not only did Buccaneer pull it off, he wound up with a massive hit in "Skettel Concerto" by doing so, and set the course for a career full of such genre-defying moments.

Yet Andrew Bradford had been laying the groundwork for his unlikely crossover move since youth: his mother had taught him classical piano and music theory when he was a child in Kingston's Havendale suburb. Those lessons stayed with him when the family had to move to the West Kingston ghetto of Waltham Park, and he became a colorfully clad DJ dubbed Little Ninja, chatting with local sound systems. A friend gave Bradford his new nickname after admiring a pirate's costume he'd concocted -- complete with eyepatch that some say was necessary because of a sensitivity to light -- and after putting in some time at King Jammy's studio, Buccaneer developed a friendship with musician and producer Danny Browne, who provided many of the riddims for his early hits and became a longstanding collaborator. Buccaneer's first album, 1995's Now There Goes the Neighbourhood, contained some hints of his operatic leanings, but it was the next summer that the Jamaican single "Skettel Concerto," which featured Browne's orchestral adaptation of Toscanini's "Barber of Seville," plus Buccaneer's dramatic sing-jaying, broke through. It was the centerpiece of his next album, 1997's Classic, which featured other tunes (like "Bad Man Sonata") pinched from opera, as well as more straight-ahead dancehall, including "Brick Wall," Buccaneer's duet with legendary singer Dennis Brown. In 1998 Buccaneer returned with Da Opera, which featured the big hit "Fade Away," a nod to Enya's "Orinoco Flow," and contributions from reggae heavy hitters Steely and Clevie, plus fellow dancehall wildmen Scare Dem Crew. After the odd single, like 1999's "Weh Dem Woulda Do," a pairing with Mr. Vegas over Browne's "All Purpose" riddim, Buccaneer took a break from his own music to try his hand at production, and started his own Jamaican record label, dubbed -- what else? -- Opera House