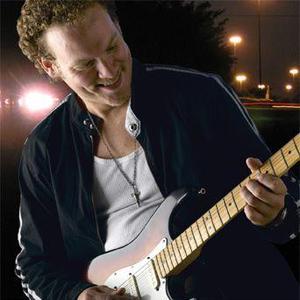 Bryce Janey began his career at age thirteen in a blues trio called ?The Janeys.? His mother on drums and his father BillyLee on guitar. The Janey's played regionally and nationally from Chicago to Los Angeles. Between 1991 and 1993 they performed with over 50 national acts including. After the Janey's achieved some regional success, Bryce began a solo career and released his first CD in 1995. He has released three additional CD's since 1996. His latest is entitled ?Bare Wire.

?? His earlier CD's have gained national attention and reviews including ?Five Stars? from Blues Access - July 1998, and great reviews from ?Blues Revue,? and ?Living Blues?

In 1999 Bryce signed with San Diego Music attorney, Rod Underhill. He shopped the market for major and major/independent label response. Although no deal was signed, Bryce did receive positive feedback and became the number one artist on mp3.com later that year. We are currently searching for artist management and attorney representation, as well as national distribution.

Bryce is currently touring and performing throughout the Midwest with his own solo band and with Iowa's own "The BlueBand", in successful venues like ?Buddy Guy's Legends,? Chicago, Minneapolis, St. Paul, Kansas City, St. Louis, Nashville, Memphis (B.B. King's,) to Denver and Keystone, Colorado.

Bryce and his father Billy Lee, own all rights and publishing to a catalog of some 100+ songs. This will prove to be a strong factor for Bryce in recording and his future as a recording artist. As they said in Blues Revue "all the elements that could make Bryce Janey a major blues star, are in place!"

Blues In My Soul

Practice What You Preach