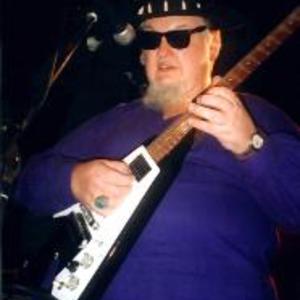 BRYAN LEE had struggled for more than 2 decades to make a living in music. Now 64, Lee came from Two Rivers, a blues collar factory town in northeast Wisconsin. He left after attending the Janesville School for the Blind, and he played in Detroit, Ann Arbor, Grand Rapids and southern Wisconsin. Coming form the Midwest, Lee became friends with Luther Allison who also grew up in Wisconsin. ?He was one of my favorite guys that I would run into on a regular basis. I did a Monday night blues jam in Milwaukee in this place called the Jazz Riverboat and he used to come out there.

He used to do a gig in Milwaukee at the Brother's Lounge that was 12 sets- 12 noon until midnight. I mean talk about paying your dues. They used to feed them and I think they made $50 bucks! Luther could do some pretty amazing things, he had the visual thing. But my visual thing isn't that bad, considering that I am blind."

Bryan Lee is a blind guitarist who is living and playing the Blues as a missionary. He can't see how this world looks like but he can feel it and take us beyond that. Like he said: "I traveled to Chicago but couldn't get work there because of color. I couldn't get a break up there. There was a time in Chicago where I was beaten down. And it hurt me. I wasn't trying to be black. I was just trying to be me. Hell I can't even see color - I am blind." With or without the help of colors, his music is just full of color, believe it or not. Quting Bryan again: "The good Lord gave me this talent, and I give it back to Him through His people. I had a priest tell me one time: Bryan I envy you in that you get people's attention and you make them smile. When I do Mass on Sunday and I'm up there doing the homily I look out and see a lot of dead faces. They're not with me. Here, you're getting across to people. That's a good tool, making people happy.?

Attending a Ray Charles concert in 1962 was the blues beginning for Bryan. After he heard Charles on the sax then pound the keys mercilessly for an upbeat number, then cool it down for a gospel tune, Lee was ready to devote his life to music. ?The thing that kept me in was a time in Milwaukee, 1981 I opened up for Muddy Waters at Summerfest, and at the end of his show I went to his dressing room and I said ?Muddy, you and your band sound so good and it's just so nice to see and old man like you with a beautiful lady? And he said? Bryan my friend, I don't see any old people here, what are you talking about?? And I said ?Well, it is so nice to be in the presence of a living legend?. And he got up and came over and hugged me, and said? Bryan, stay with this. One day you're going to be a living legend. ?So, that was the clincher. After that is was? OK give me the brick wall, I'll go through it?.

Bryan played at the Old Absinthe Bar, (on Bourbon Street NOLA) for 15 years during the 80' and 90's . This was a gig that went a long way to establish New Orleans as a blues town as well as the granddaddy of jazz. Guitarist and leader of the Jump Street Five Band at the time, Bryan Lee was faithful to his loyal fans and the music. Today Bryan Lee is still going strong, touring across the US, Canada and Europe playing the blues with the Blues Power Band.

He recently had the honor of performing with Kenny Wayne Shepherd on his newest CD/DVD release Ten Days Out. Along with Kenny, Bryan had the distinct honor and pleasure of being on stage with Pine Top Perkins Hubert Sumlin, Buddy Flett , and Willie Big Eyes Smith. Bryan, Kenny and his band were also guests on NBC's Tonight show with Jay Leno on Feb. 14, of 2007. Bryan also had the honor of performing for BB King in 2005 for his birthday.

Play One For Me

My Lady Don't Love My Lady

Katrina Was Her Name